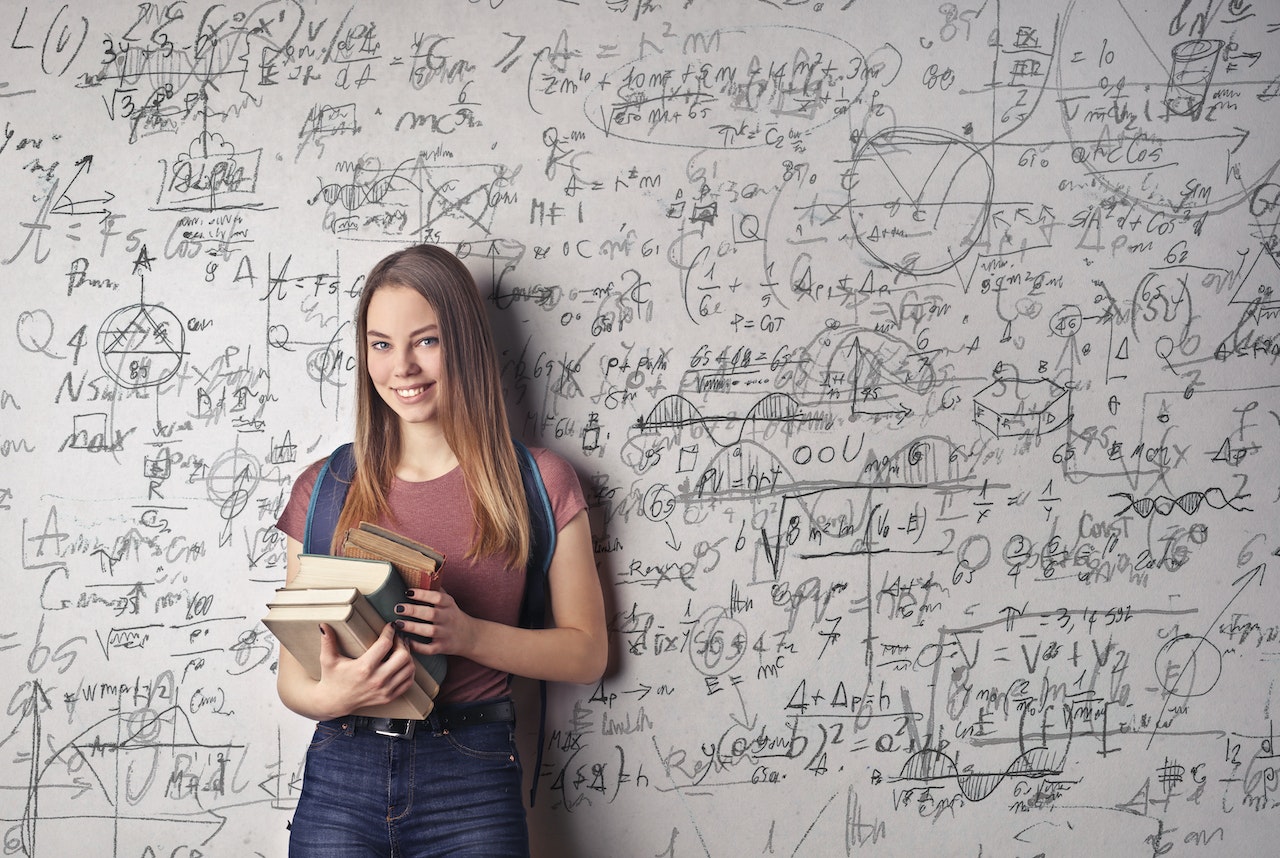 When referring to quality writing, you’ll often hear readers and writers say that a character is “complex.” It immediately sounds like a good thing, right? And it is!

As authors, we want our characters to jump off the page and invade the minds of our readers. We want them to feel alive, for their actions and decisions to have impact and consequences.

And, at the end of the day, a complex character will help you achieve those goals.

It’s not a guarantee for success—that comes down to a lot more than how complex your character is—but it’s a great place to start.

To get there, we’re going to chat about:

I know we say complex, but that doesn’t mean this is going to be complicated or confusing. So let’s make sense of these intricate characters.

What Do We Mean by Complex?

Now we can’t figure out how to write complex characters without first knowing what they are.

If you know your character archetypes (which are powerful tools for writers that you can read about here), you can also define complex characters as archetypal characters with at least one altered or added trait. So a Magician who must look after a dying family member or an Innocent with a dark past.

A complex character makes them more interesting to your reader. It’s a stranger worth getting to know. It’s someone we end up rooting for or against.

Should All Your Characters Be Complex?

In short, no, not all characters need to be or even should be complex.

Your main characters—protagonists and antagonists—should be. Generally, the more effort you put into making these characters deep and dynamic, the better they will make your book.

Secondary characters should be complex, although to varying degrees. You, as the author, should know their goals, history, etc., because it will influence their actions, dialogue, and thoughts. Your readers don’t necessarily need to know everything about them, though. Dumping exposition about secondary characters can be a slog to read.

Minor or tertiary characters don’t need to be complex. These characters are ones who only have a line or three in the entire story. They’re background characters who may hinder or assist the main and secondary characters, but they have no arc or journey of their own.

Adding varying degrees of complexity to characters is a valuable storytelling technique. Diving deep into one or two characters makes them hold your reader, while having less complex characters provides a sort of safe harbor from the tumultuous sea of the rest of your story.

How do you Create a Complex Character?

Now it’s time for the good stuff: how do we make a character complex?

Like I’ve mentioned, there are varying degrees of complexity when you’re developing your fictional folks. For your most important characters, I’d say use all the following steps. For secondary characters, feel free to flesh them out with all these steps while understanding not everything will be explicitly mentioned in your book (though it will all still impact their behavior).

1. Give your characters flaws

First up, some flaws.

Perfect characters are boring characters. No one wants to read about how great someone is at everything or how nothing challenges them.

In real life, no one is perfect, and you shouldn’t be writing perfect characters. Giving your characters flaws makes them more relatable while also giving them something to overcome. Characters who overcome obstacles to achieve their goals are much more fun to root for than someone who just breezes through struggles.

Flaws are divided into three types:

If you want to brush up on your flaws or see a big ol’ list of them, check out this article.

But challenges, feuds, inner battles, and rivals all serve to make your character more complex, too.

Conflict comes in two forms: external and internal. For a complete breakdown—including the different types of each—check out these articles. For now, let’s look at these two umbrella terms and how you can use them to make a complex character.

Internal conflict is something going on in the mind of a character that prevents life from being easy. It’s nailing the audition despite your anxiety. Or mustering up the courage to be a rebel leader, even when you doubt yourself.

These two conflicts are always tied together, often with the external forcing the characters towards some sort of internal conflict.

But those who must struggle or make a sacrifice to accomplish their goals are way more intricate and fascinating.

3. Allow them to grow and change

Through the aforementioned conflicts, characters are usually forced to change. We call these changes character arcs, and they come in a few different forms: ascending/positive, descending/negative, transformative, or flat.

In an ascending arc, the character changes to be a morally better version of themselves, ending the story “gooder” (it’s a word now) than before.

In a descending arc, it’s the opposite; a character is less moral than when they started their journey. Or “badder” if we’re keeping with the theme here.

Transformative means they have definitely changed, but their morals haven’t (think Katniss going from a normal District 12 girl to a revolutionary leader in The Hunger Games).

Flat means no change, which we aren’t particularly interested in for complex characters.

Change leads to complexity. If you have a character who starts one way and ends another, it means that events have affected them and they’ve responded in interesting and life-changing ways.

Letting your character learn from or be influenced by obstacles creates someone people want to read about. If they met every challenge and stayed the same, that’s not very intriguing for readers.

If you want to get into the nitty gritty of character arcs, read this article.

Also stemming from internal conflict, motivation is the reason why your character deals with their conflicts in the first place. I don’t know about you, but I’m not trying to stop an evil wizard unless I have a darn good motivation.

Setting clear, realistic motivation is a surefire way to not just add reason to your character, but it gives you an opportunity to add more depth.

One “why” isn’t usually enough to get to the real motivation. But notice how two more “whys” made a character a lot more interesting? And you can already start sympathizing with this character, even though you’ve received no other details about them. Your readers want that.

Read this article to become a motivation expert.

5. Give them a backstory

Even though your character only appeared in a story on page one (or later), that doesn’t mean their life started there. Unless your opening scene is their birth, which I can’t see working for the vast majority of stories.

The more you know your character, the more you give them an actual backstory, the more equipped you are to craft them into living, breathing things for your readers. Giving a character a past reinforces their motivation and sets up their relationships with others.

So what happened to them before page one? What events have shaped them? Who has come through  their life and who have they lost?

All of this adds layers and dimensions to your character.

If you’re struggling to get to know your character’s better, one of the best ways to add a backstory is to interview them.

Your Characters Should be Complex. Your Writing Tool Shouldn’t.

I hope you’re coming away from this article not only understanding why complex characters are important but how to make them as deep and intricate as possible.

Readers expect a lot out of us authors, especially from our characters. You run the risk of ending up on the DNF pile if you can’t meet those expectations.

To make that easier, let me introduce you to the last novel writing platform you’ll ever need: Dabble.

Unlike other cumbersome, outdated programs, Dabble is a modern, sleek writing tool that gives you all the features you need while letting you focus on the important stuff… writing!

With one-click access to your character, worldbuilding, and research notes, as well as focus mode, goal tracking, and the famous Plot Grid, Dabble really does make writing easier and more fun.

It also gives you the ability to write anywhere, on any device, and automatically backs up your work to the cloud. Not only can you rest assured that your hard work is safe, but you can be ready whenever inspiration strikes.

Waiting in a parking lot? Sure!

Forgot your laptop? Not a problem!

Heck, you can even write in the shower, as long as you have a trustworthy waterproof case (or you’re very confident in your phone’s water resistance).

Clean yet powerful, Dabble has everything you need, with user-requested features being added all the time. And we don’t even ask for your credit card to get you started on a fourteen day free trial, because relying on you forgetting to cancel is kind of scummy.

So get started with that free trial by clicking here and bring those characters to life.