New features out now! See our roadmap and request a feature
Home
>
DabbleU
>
Conflict
>
>
Don’t Be Conflicted About the Four Types of Story Conflict

Don’t Be Conflicted About the Four Types of Story Conflict 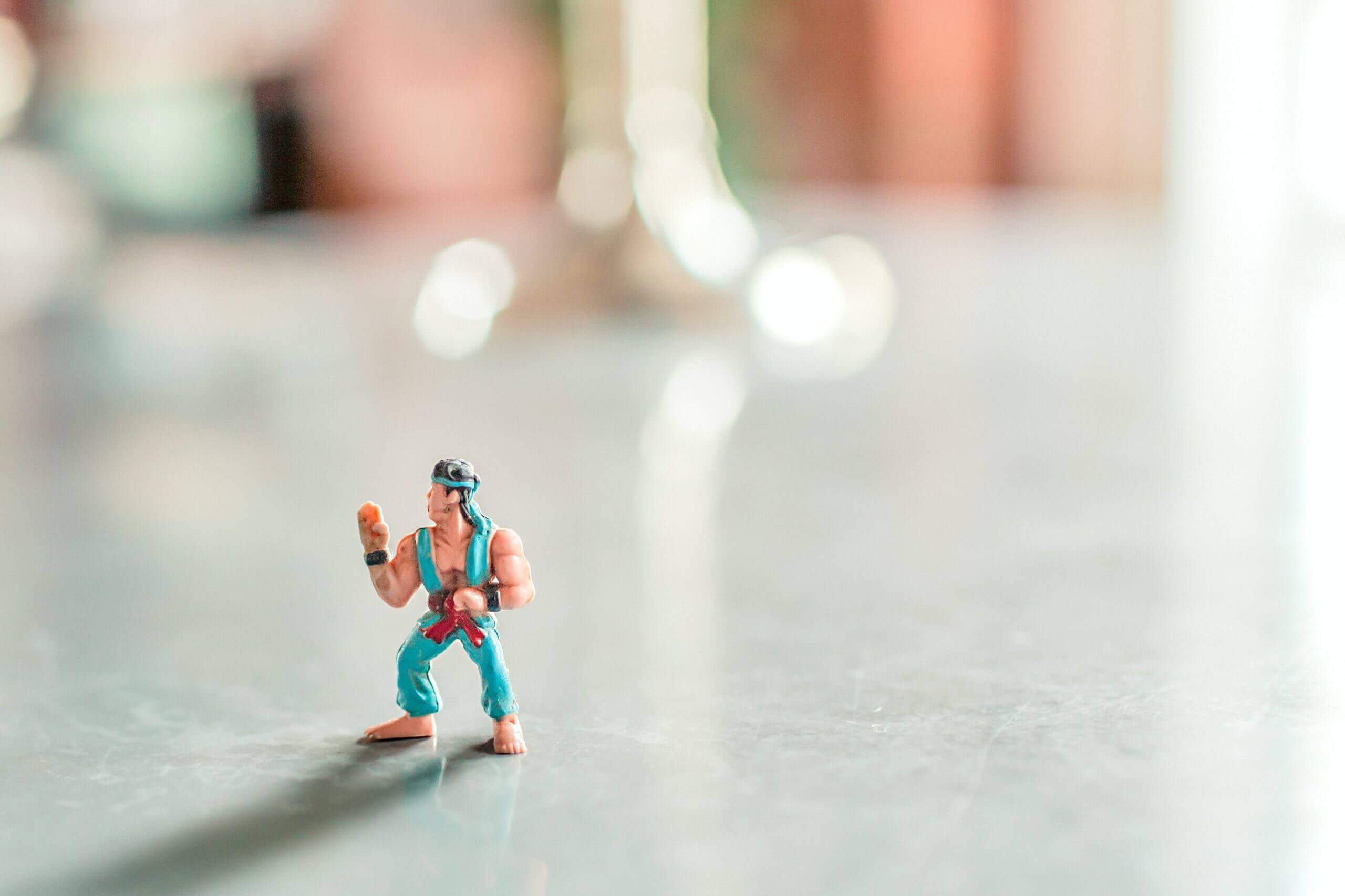 Different quarrels work better for different genres, authors, and readers. Not everyone wants to read a 200,000-word story about orcs and elves fighting. On the other hand, some people only want to read those books.I

n this article, we’re going to cover what conflict is, then I’m going to walk you through the four main types of literary conflicts that you can use in your writing. We’ll quickly cover the other, more niche kinds of struggles and then tie it all together to figure out how you can use conflict in your story.

No matter what you call it or what form it comes in, conflict is the lifeblood of a story. It’s what pushes the plot forward (or backwards). It drives growth in characters. Without some sort of clash or struggle, there would be no drama or tension in your story. There would be no point!

Conflict is when someone wants something (a goal) and there’s an obstacle in the way of that goal. The primary conflict in your story will come from the protagonist working towards their goal and one or more obstacles getting in their way. This will inevitably lead to change and raise the stakes.

Your story will contain multiple types of conflict, too. Any subplots or character arcs that you have intricately woven into your story will be driven by struggles of some sort. What those conflicts are is up to you (and why we’re here), but there must be conflicts for these stories to exist.

Because we have a name for books without conflict: textbooks.

What are the 4 Types of Conflict?

There are countless ways you could write conflicts into your stories, but we’ve broken them down into four broad categories to help you wrap your head around this critical part of storytelling. Just for fun, we’ve also included some niche types of conflict that blur the lines between categories, too. We’re fun like that.

It probably comes as no surprise that person vs. person is probably the most common type of conflict, especially in genres like sci-fi and fantasy. This type of conflict occurs when one character’s goals are being prevented or thwarted by another character.

There are a few things that person vs. person conflict has going for it. First of all, it is easiest for readers to understand. Even if your characters are inhuman, we understand the feeling when someone impedes  our goals.

It can also be very compelling when you have two forces that can  think, adapt, and manipulate others to further their own agenda.

Remember,  there can be multiple people on either side of a conflict. So person vs. person conflict can include:

I could keep going, but the list would be really, really long. I think you get it, though. Person vs. person pits two or more characters against each other.

Though they might not be as flashy or filled with explosions, person vs. self conflicts carry a lot of emotional weight with them and are often even more powerful than person vs. person.

In person vs. self conflicts, a character is facing some sort of internal struggle. It is a fight in a character’s heart, mind, or soul about their values, morals, beliefs, or desires. It’s the devil and angel on each shoulder, trying to pull the character in one direction or another.

Person vs. self conflicts can include:

More than other conflicts, person vs. self is most often the result of internal character flaws. With these flaws, there is a lot of potential for the main character to experience growth, making for a great story.

Unless you hate when people get better. But that’s a you problem.

What if it is more than just themselves or someone else facing our protagonist? What if it feels like everything is working against them?

It’s important to understand that “society” in this case means a group or power structure. It doesn’t necessarily mean the explicit definition of society. It could range from a high school club to an entire religion.

What is always consistent in this conflict is one (or a handful) of protagonists facing off against something bigger and more daunting than themselves.

Here are some examples of person vs. society conflicts:

Add onto that list most dystopian novels that pit an unassuming (usually teenaged) protagonist against the corporate machine/elite government/ruling class. There’s nothing wrong with that; who doesn’t like a good dystopian?

One of the most daunting types of conflict, person vs. nature places one of us pitiful humans against the overwhelming–and often unknown–forces of nature. This is usually viewed as more of a survival story or is the catalyst for other conflicts when people are pushed to their limits.

Person vs. nature is a powerful kind of conflict because it makes the protagonist appear small and weak compared to the unrelenting strength of nature. It’s only through perseverance, ingenuity, and often a fair dose of luck someone can survive the hardships of the situations they find themselves in with this conflict.

Speaking of those hardships, person vs. nature conflict can include:

Other Types of Conflict

I promised you that there were some other forms of conflict that blur the lines between the four big ones we just covered. Since I’m a person of my word, here you go:

‍Person vs. technology can borrow from person vs. society if the technology causing the problem is integrated into everyday life or is being wielded by a powerful corporation. It can also occur when a person or group of people are facing off against a single piece of destructive technology, a la Terminator, making it more like person vs. person.

Using Conflict in your Story

So you know all about the different kinds of conflict, even some of the really niche ones, but how do you use them in your story?

Remember: conflicts are what drive your plot and character arcs forward. This is especially true for morally ascending or descending arcs: it’s how your character responds to conflict and how that conflict impacts them that will determine how they change.

When planning or writing your story, think about one central conflict that will span the primary plot of your story. This is the big picture, the reason people are interested in your book in the first place.

But also think about your subplots. Each of these should be conflict-driven, too. If there isn’t a conflict in your subplots and it’s smooth sailing for your characters, then those subplots will be bland and boring.

At the same time, think about how different kinds of conflicts can work with each other. Your primary conflict might be about your protagonist leading a revolution against a malevolent king (person vs. society), so your subplots might have that character braving rough oceans to get to the palace (person vs. nature) while being pursued by an assassin (person vs. person).

Just like character archetypes and plot structures, understanding the different types of conflict is only half the battle. Now it’s your job as a writer to bring your conflicts to life and weave them together in a way that will make your story unforgettable.

Keeping track of all your characters, conflicts, and plot lines can be a tall order, though. You aren’t alone if you think that writing a book is a daunting task.

Don’t worry, we’ve got your back. Dabble makes it easy to keep track of all that and more with our Plot Grid to manage your plot and subplots, all just one click away from your notes and manuscript. With more features being added regularly, that’s just scratching the surface of how Dabble makes writing your story easier.

Don’t take my word for it, though (or do, my mom says I’m trustworthy). You can try Dabble free for fourteen days, no credit card required. Just click here to get started. And get ready to become obsessed with Dabble.