New features out now! See our roadmap and request a feature
Home
>
DabbleU
>
Character
>
>
Naughty and Definitely Not Nice: What Characteristics Make a Great Villain

Naughty and Definitely Not Nice: What Characteristics Make a Great Villain 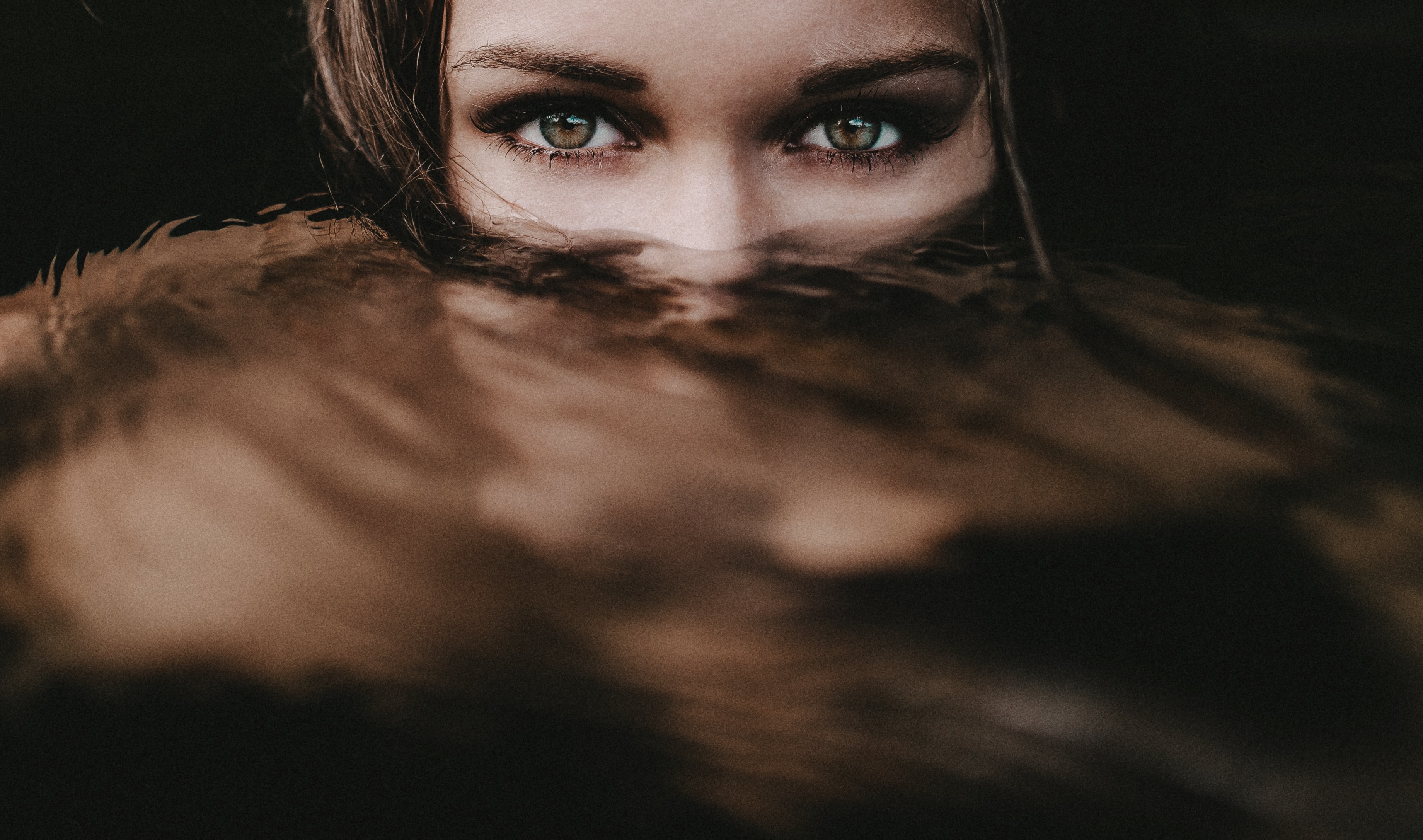 Villains are the characters we love to hate. Or sometimes our love for the villain is equally strong as it is for the protagonist. Why? Because it can be fun to root for the bad guy (speaking in general terms here–not just guys can be bad, obviously).

But readers only root for the villain if you’ve given them a reason to do so. A villain needs depth and development, just like any of your more heroic characters. They need motivation and faults and weaknesses to make them full and complete characters.

For more on how to write a villain, check out this piece.

In this article, we’ll talk a bit more about what makes a great villain, and specifically what characteristics go into making one. We’ll go over:

Characteristics of a Villian

Manipulation seeks to influence a person’s attitude, beliefs, and behaviors to achieve a desired outcome. Villains use it to control those around them with the goal of achieving their own dastardly ends. The best villains manage to do this with such subtlety that often the victim doesn’t even realize it’s happened until it’s too late. Oops.

Manipulation tactics are sometimes disguised as helpful advice or make use of guilt and indignation to control their victims by making them feel bad for not making the “right” decision or doing what the villain wants.

Villains can also use it to project an air of authority or superiority to appear powerful and in control, thereby making it easier to convince people to do what they want. Manipulative villains are often charming and have charisma, so people are drawn to them in a way that makes them trust even when they shouldn’t. (Maybe you’re already starting to see why people often love the villain.)

They might also lie about their motives, their intentions, and massage the truth, and sometimes manipulators simply resort to good old-fashioned intimidation and threats. Hey whatever works, right?

Control is another form of manipulation. A controlling villain will try to take over situations to get what they want. By manipulating people and situations to their advantage, often with little regard for the consequences, villains create chaos and instability to help further their own agenda.

Scheming is the lifeblood of any good villain. Without it how will they achieve their goals?

Villains go out and make things happen—they never sit around waiting for life to come to them. A scheming villain is adept at plotting out intricate plans and anticipates how their target might respond to help maximize their own chances of success. They may even use their allies and subordinates to gain the upper hand.

Good schemers are detail-oriented and creative in how they approach problems. When their plans go awry, schemers rarely take responsibility for their actions. They avoid blame and play the victim whenever possible, shifting the attention onto a scapegoat when their plans backfire.

The fun thing about villains is no plan goes too far. From kidnapping and extortion to murder and torture, they aren’t afraid to break laws and cross lines if it means they might succeed.

A self-serving villain places their own interests before those of anyone else. These villains are motivated by selfish desires and are often more than happy to harm others or bend the rules to get what they want. Self-serving villains will do anything for power, including sacrificing their own allies. I’m starting to see a trend here…

Self-serving villains are usually arrogant, believing they’re untouchable and above the law. These characters can be portrayed as merciless, with a complete disregard for the effects of their actions on others and are often rather egotistical, believing they’re above everyone else and deserve special treatment. Snowflakes unite.

Much like many of the traits we’ve already mentioned, power-hungry villains use manipulation and extreme measures to satisfy their goals. A power-hungry villain has a grandiose view of themself, believing they’re above the laws of society, or at least above their own personal morality.

They often have a superiority complex and act as if their power puts them above any and all moral considerations. They typically lack empathy and have a craving for control and take pleasure exerting their will over others.

They also have a tendency to be narcissistic with an inflated sense of self-importance. They feel entitled to whatever power or status they desire or have and aren’t subtle about their pursuit of more. They display Machiavellian tactics, like using deception to get what they want.

Finally, they often commit acts of cruelty, destruction, and murder to maintain their power. They also tend to be highly tyrannical, controlling, and oppressive in how they wield their power, demanding absolute loyalty and obedience from those around them. Sounds like a fun time.

Cruelty and violence are favorite tools amongst villains (they agreed on this at the Summit of Villains last year), as they attempt to manipulate, control and degrade their victims. This may manifest through psychological, emotional, or physical abuse.

A cruel villain takes joy in the suffering of others, lacking empathy and compassion thanks to their skewed set of morals.

They have a tendency to be selfish and individualistic, and they may even go so far as to villainize their fellow villains. Cruel and violent villains also show a lack of remorse and might be completely unapologetic for their actions, often denying or deflecting responsibility for their wrongdoings.

Villains often like to be unpredictable—after all, keeping everyone on their toes is a great way to exert control over them. They like to surprise your protagonist and other characters by displaying sudden shifts in their goals and actions. This forces your other characters to react quickly to challenge your villain’s latest scheme. Not only does it keep your characters thinking, it offers something fun and fresh for your reader.

Use their unpredictability to add depth, making your villain more complex and harder to pin down. Some ways to make them unpredictable is to alter how they interact with your main characters. Make them take unexpected risks or unexpectedly turn down opportunities. Villains who act in unexpected ways can help drive the story and push protagonists to their limits.

Revenge is a powerful motivator, and villains are often the ones enacting it on those who have wronged them. Vengefulness often leads to destructive and deadly behavior, where the villain will stop at nothing to achieve their goal, while making those who wronged them suffer mercilessly, obviously.

Vengeance can include physical harm or something like destroying someone’s reputation. Villains often put a lot of time into planning how to get their revenge, ensuring their victim is harmed in the most devastating way possible. Otherwise, where’s the fun?

This gives you, dear writer, lots of chances to add some wild twists and plots to your story.

Just to wrap things up, let’s look at a few famous villains and the characteristics they possessed that made them so memorable.

The Joker is one of the most iconic villains in comic book history. He has no superpowers, but uses his intelligence, wit, and unpredictability to torment both Batman and the citizens of Gotham City. He’s a constant reminder that, no matter how smart and powerful a superhero may be, a clever villain is always a step ahead.

Darth Vader is a Sith Lord who is responsible for many atrocities, from the destruction of the planet Alderaan to the enslavement of the galaxy. His ruthless tactics, powerful Force abilities, and iconic helmet make him one of the most memorable villains in pop culture. Plus that cape—am I right?

The Terminator is one of the most frightening villains ever created. He’s a relentless killing machine sent back in time to destroy humanity’s savior. His advanced cybernetic body and implacable drive to complete his mission, along with a lack of empathy or remorse, make him truly formidable.

Hannibal Lecter - Silence of the Lambs

Hannibal Lecter is a truly notorious villain. He is a brilliant but terrifying psychopathic serial killer who outwits everyone around him. He’s iconic due to his sharp wit, frighteningly intelligent mind, and, of course, tendency towards some truly heinous acts. (Or so I’ve been told, because you couldn’t pay me a million dollars to watch this movie.)

Nurse Ratched - One Flew Over the Cuckoo's Nest

Nurse Ratched is a rather subtly terrifying villain. She’s the head nurse at a psychiatric hospital, and she uses her authoritarian power to oppress the inmates in her care. Her relentless cruelty and lack of empathy make her one of the most sinister villains of all time.

Now that you’ve got some ideas for drafting up your villain, it’s time to get those nasty deeds on paper. Or more likely on screen. That’s where Dabble Writer can help you. Use the Plot Grid and Notes to keep track of all of your villain’s scheming, plotting, and revenge.

Don’t forget you get to try it free for 14 days to see how easy and simple it is to map out your own villainous schemes.