New features out now! See our roadmap and request a feature
Home
>
DabbleU
>
Conflict
>
>
Building the Big Bad: Don't Forget the External Conflict in Your Novel

Building the Big Bad: Don't Forget the External Conflict in Your Novel 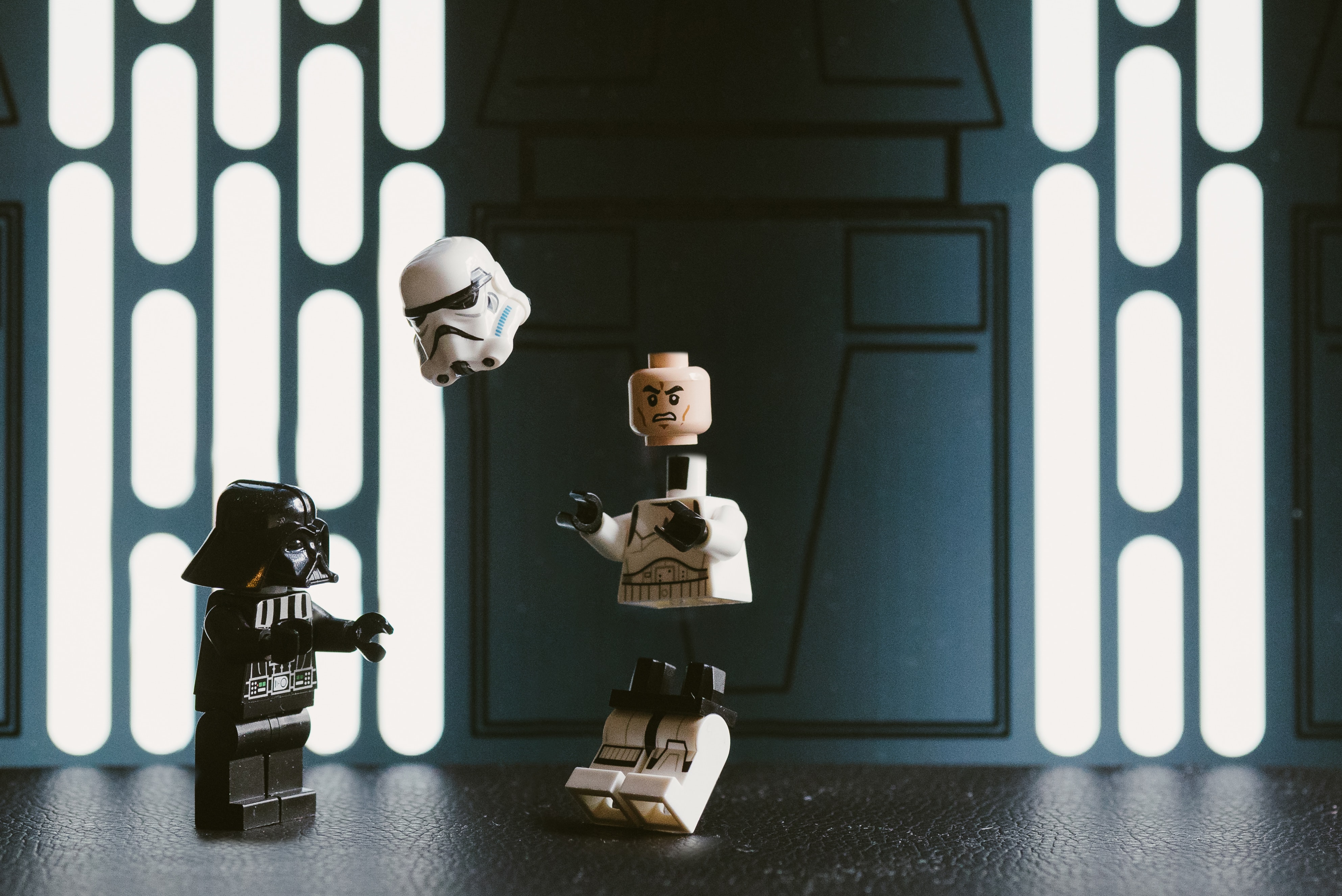 Conflict. It’s the lifeblood of any story. Without it, all you’ve got is a bunch of people wandering around aimlessly. Conflict is the source of tension, excitement, suspense, and drama. It drives your plot, gives your characters motivation, and sometimes allows you to hold up a mirror to the world.

There are two basic kinds of conflict: internal and external. Internal conflict refers to struggles, fears, emotions, desires, and other psychological factors that your characters struggle with inside themselves. They’re forces that exist within an individual, and stories that focus on internal conflict tend to be about reconciling those challenges within.

External conflict refers to forces outside the main character that are acting in opposition to their goals and desires. That’s what we’re here to discuss today.

While conflict can come in many forms, there are typically six types we see when we’re talking about external conflict.

The most easily recognizable form of conflict might be character vs. character. This is pretty straight forward. It’s two people or groups of people who are battling against one another and standing in the way of the other’s goals.

A famous example would be in Les Miserables by Victor Hugo. In this one, the main character, Jean Valjean, is pursued relentlessly by Inspector Javert for a crime he committed due to his poverty. Another example can be found in the Wizard of Oz when Dorothy’s main opposition comes from the Wicked Witch, who wants those pretty red shoes back.

A couple of famous examples would be the Hunger Games by Suzanne Collins, where the protagonist, Katniss, must fight against a system that pits children to the death against one another to keep society in line. Another is the Handmaid’s Tale by Margaret Atwood, where women are held against their will for the purposes of breeding for the preservation of society.

As the name implies, this type of conflict pits your main characters against natural forces, be it a weather event, a disease or virus, or maybe an animal or creature. Often this natural force is a reflection of some larger issue at play in your society. There’s an emerging genre of fiction known as cli-fi that is literally about the damage and fallout we’ve done to our natural world. (And I suspect we’ll see this theme more and more.)

Some famous examples include Moby Dick by Herman Melville, where Captain Ahab’s literal nemesis is a giant whale, and another example is The Martian by Andy Weir, where the main character must battle the harsh climate of Mars in order to survive.

(Also, between March 2020 and now would be a good example of man vs. nature… literally everywhere.)

While we might believe computers are sentient, sometimes they can take on a mind of their own. In this type of conflict, supposedly human-made and human-controlled entities take on personas of their own, thereby making life difficult for your protagonist.

Frankenstein is a good example of this type of conflict. Our good doctor used the technology of his time to build himself a friend and things didn’t work out so well. Another example is Followers by Megan Angelo. In it, a group of troublemakers, fed up with the world’s obsession with social media and online communication, releases the contents of everyone’s private messages, emails, and search history to the world. All of it. Things go awry.

Character vs. the Supernatural

Introducing elements like ghosts or monsters is a great way to make life tricky for your protagonist. Obviously, this is a common sort of conflict in the horror genre, though it can be used in lots of ways. With this type of conflict, your characters are often dealing with something that seems entirely unexplainable, and the only answer is the supernatural.

Homer’s The Odyssey is one of the more famous types of this conflict. When Odysseus blinds and mocks Poseidon's cyclops son, Poseidon curses Odysseus to take the really long way home. The Lord of the Rings is another example of this conflict type. It’s Middle-earth against the giant eye of Sauron. Creepy.

Character vs. Fate or Destiny

This is where the “chosen one” and prophecy type of storyline often comes into play. Sometimes, no matter what your main character does, they are simply destined for a role (usually one they resist at first) greater than themselves.

We mentioned Lord of the Rings above, but stories can have more than one kind of conflict and in this case, Frodo is pitted against destiny when he is chosen to bear the ring. He can fight it all he wants, but that little trinket chose him to save the world. Macbeth is another example of this type of conflict, when he receives a prophecy that he’ll become the king of Scotland. That belief leads him to make some pretty questionable choices and descend into madness.

How to Build External Conflict in Your Story

Now that you know the types of external conflict, you can look at how to incorporate them into your story so they’re working to their full potential.

Set Goals and Motivations for Your Character

The main driving force of any novel is your main character’s goals and motivations. Without them, your conflict has nothing to battle against. A goal or motivation can be simple, like wanting to lead a quiet life or needing to get an assignment done on time. Or it can be larger, like battling an evil overlord, finding true love, or saving the world.

Start by asking yourself these questions:

Decide How Your Antagonist Will Behave

Once you’ve established what your character wants and how they plan to get it, think about how your opposing force or antagonist will behave.

Here are a few things you can ask yourself:

Give Both Sides Strengths and Weaknesses

The two sides of your story need a balance. If the “big bad” is literally undefeatable, then you don’t really have a story. It kills your protagonist who never stood a chance and that’s the end. Wah. Wah.

Instead, consider how your opposing forces contrast and compliment each other. Does your main character have some specific gift or trait that can take down your antagonist? What weakness does your antagonist possess that makes it vulnerable to its destruction?

Thinking about the Lord of the Rings again, Sauron was really a big powerful dude (or whatever he was), but that pesky little ring had the power to bring him down. It wasn’t much, but it was a sliver of hope.

Usually, your protagonist isn’t fighting just one thing. Often, there are multiple opposing forces at play outside the main conflict. Perhaps they’re finding conflict with their childhood friend who’s just turned into an enemy, or maybe they’re pining for a love interest who doesn’t know they exist, all while they try to save the world. Remember, people contain multitudes.

Think of Katniss in The Hunger Games. Yes, her ultimate struggle is against the evil forces of Panem, but she’s also battling against her competitors in the ring and her own personal demons when confronted with the idea of killing other innocent children like herself. There’s also her desire to protect her family, build the friendships she makes along the way, and decide which of the two love interests will ultimately yield her heart’s desire. (I was always Team Gale and I’ll never get over it, but I digress.)

On the topic of layering and containing multitudes, don’t forget to combine external conflicts with internal conflicts. In the Katniss example, the internal conflict comes from the morality of murdering others just so she can survive. Why was she more worthy to win the Hunger Games than anyone else was?

As a final note, ensure that your main conflict is clear. While you will have multiple conflicts in your story, there should be one that serves as an umbrella to them all. This main conflict should tie back to what your main character’s ultimate goal or desire is. It cannot be something that is trivial or easily overcome. It should be literally a matter of life and death—at least to your character.

Finally, ensure the conflict makes sense for your character and exists within the realm of their control. You wouldn’t give a character the goal of overthrowing a government in some other country they’ve never visited. That just wouldn’t make sense.

When you’re writing your story, Dabble makes it easy to keep track of all these character goals and motivations through built-in, easy to access Notes. You can also draft all those delicious points of conflict using the Plot Grid, showing when you introduce each conflict, how or what gets in their way, and how they’re resolved. How awesome is that?

Even better, you can try Dabble for 14 days so you can discover for yourself how to write your best novel yet. Don’t let the conflict in your life center around keeping your story organized. That is an obstacle that’s easy to overcome.