New features out now! See our roadmap and request a feature
Home
>
DabbleU
>
Character
>
>
The Orphan Archetype - Everything You Need to Know

The Orphan Archetype - Everything You Need to Know 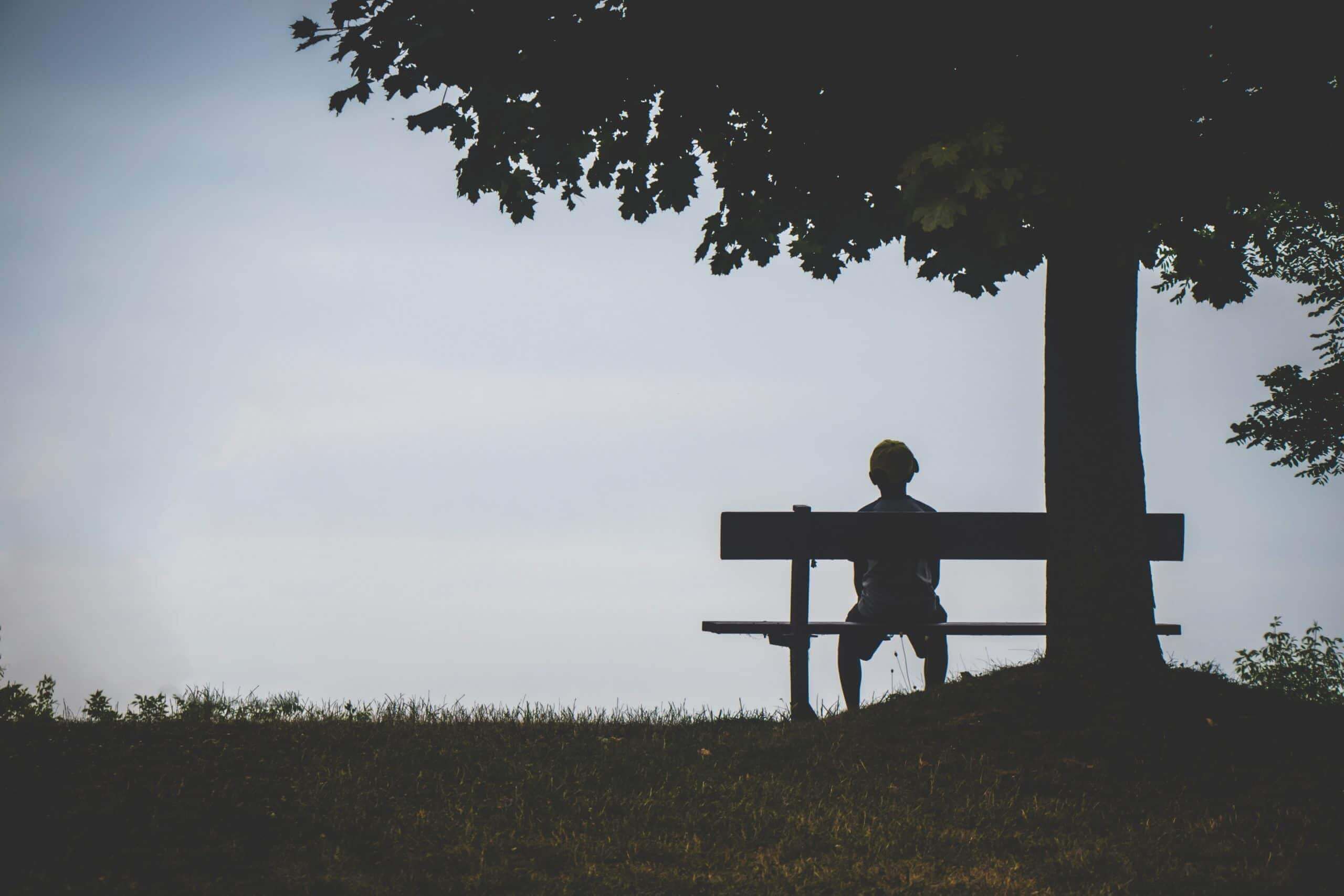 This is the fourteenth article in our fifteen-part masterclass on archetypes. Learn more about archetypes in our first article.

‍The Orphan archetype is massively popular in storytelling… probably because there’s a li’l bit of Orphan in each and every one of us.

This character archetype is shaped by a history of abandonment, neglect, and non-belonging. While I’m hoping that doesn’t describe your everyday life, we are all at least familiar with these feelings.

We all know what it’s like to feel left behind or on the outside. And we know how the desire to connect or find stability can bring out both the best and worst in us.

That’s the fun of writing an Orphan character. Will your Orphan find their longed-for acceptance among a gang of ne’er-do-wells who draw them into a life of crime? Or will they lead a righteous rebellion?

The possibilities are endless and the potential for an unforgettable character arc is huge. To help you get those creative wheels turning as you design your own Orphan, I’ll explain:

Let’s get into it.

What is the Orphan Archetype?

If you haven’t been following our archetype masterclass, let me get you up to speed on the concept of “archetype.”

An archetype refers to a set of characteristics, fears, motivations, and experiences that are universally familiar to readers. Unlike stock characters, which tend to flatten personality traits into over-simplified clichés, archetypes help you tap into deeper qualities that readers immediately recognize.

Just the phrase “Orphan archetype” probably already has you thinking about some of your all-time favorite Orphans. Harry Potter, Batman, Little Orphan Annie… these characters are unforgettable because they follow a powerful archetype.

The Orphan has a backstory defined by trauma, abandonment, abuse, or neglect. They are typically positioned as an outsider, forced to grow up quickly and fend for themselves. Also known as the Realist, the Orphan tends to take a pessimistic view of the world.

‍It’s important to note that not all Orphans are orphans, and not all orphans are Orphans. The archetype doesn’t care if your character actually has parents. It’s more about how your character perceives their own belonging in the world.

Using the Orphan in Storytelling

When we meet an Orphan in our books and movies, we often catch them at a crossroads. Usually this crossroads comes about when a new development lands them in an unfamiliar situation… often a situation that’s grander or more exciting than what they’re used to.

They’re asking themselves major questions like, “Do I keep trying to contribute to a world that rejects me?” or, “Should I just buy a cape and a half-mask and play my pipe organ alone in the basement?”

Their answer decides the plot, usually in one of these ways:

The Orphan Becomes a Hero

Orphan Heroes are fun to watch because they’re not born into privilege, power, and popularity. Rather, they’re Common Person types who are brave enough to say, “I don’t care if you like me; I’m going to do what’s right.”

In fact, the Orphan’s outsider status becomes a major asset in their mission. They bring a different perspective, play by different rules, and name those Who Must Not Be Named.

The Orphan is also a fierce protector of the vulnerable, due to their own experience with abandonment or abuse. There’s a reason many superheroes are Orphans.

The Orphan Becomes a Villain

Sometimes all that childhood trauma can have the opposite effect. An Orphan might withdraw from the world that rejects them. They might want vengeance for their suffering. Or they might build their life around pure self-interest, reasoning that no one else will care for them, so they’ll have to do it themselves.

The Orphan Runs Away

Some Orphans choose to avoid conflict altogether, and who can blame them? They’ve suffered major trauma and now it’s somehow on them to avenge their father’s death and reclaim the kingdom? Why? Just so everybody else can feel good?

Of course, the fleeing is usually part of a heroic arc. Simba will eventually return to Pride Rock, Harry will stop griping about the Chosen One situation, and Elsa will learn to embrace her power.

What’s interesting is that these wildly different choices can all stem from the same fears, motivations, and character traits.

And that is my segue into this next section:

One Orphan doesn’t have to embody all of these qualities. But odds are good that your favorite neglected, dark-souled hero possesses a handful of these common traits.

Qualities That Can Be Good or Bad

You’ve got the picture. Let’s talk about where you’ve seen the Orphan before.

Now that you’re thinking about the Orphan archetype, you’re going to start noticing it everywhere.

But let me just share some of my favorite examples.

While Elsa does eventually lose her parents, her Orphanhood begins well before that. It’s her own power that forces her to live in isolation. By the time she rolls into adulthood, she is fiercely independent and sees her future with a decidedly pessimistic view.

Harry Potter may seem too obvious to mention. He’s a literal orphan with a harrowing backstory who is thrust into extraordinary circumstances where he constantly rebels against authority. Textbook!

But I’m mentioning it because I want to point out the other Orphan in the story: Lord Voldemort.

The Harry Potter series is one big study of what happens when we feel unwanted, unloved, and locked out. It can be solid inspiration as you consider all the external and internal influences that might lead your Orphan to a life of heroism or villainy.

Not the murdering stuff. It’s just that Killmonger is the perfect example of how a villain’s Orphan origin story can add complexity to their character.

Killmonger grew up seeing the injustice his people face in America. He lost his mother to incarceration and his father was murdered by his own brother. Killmonger has plenty to be angry about and a clear mission to right the wrongs that defined his childhood.

In fact, this villain’s origin story was so compelling that it inspired the hero to do a little self-reflecting and course-correcting.

Petra doesn’t just show us that villains can be sympathetic (and pull off coral blouses); she also shows us that sometimes they can earn a redemption arc.

From living under the thumb of her psychotic mother to fleeing a possessive ex, this lady has kind of earned her looking-out-for-number-one mindset. It’s satisfying to see the ice thaw as she gets what all Orphans dream of: acceptance and family. The more Jane welcomes her in, the more Petra becomes… well, not warm, but less diabolical.

I’m not sure there’s any question in all of storytelling that’s more compelling than the question of who we become when we’re left to fend for ourselves.

It’s no wonder so many of our favorite characters begin from a place of abandonment.

If your protagonist (or antagonist!) is an Orphan, the possibilities are truly endless. It’s exciting. Maybe also a little overwhelming. But if those ideas are coming a little too fast and hot, don’t worry. Dabble is here to keep you organized.

With Dabble, you can keep your Orphan’s backstory details in your character notes, so they’ll be right at hand while you write your book. You can also use the Plot Grid to track their character arc and leave stickies to remind your co-author that you decided on “Palmer,” not “Johnson.”

In fact, you can try all Dabble’s premium features free for fourteen days without entering a credit card. Just click here.