It was just one year ago that my baby came out into the world! Don’t mind the glint in my eyes—the sun got in them.

My how you have grown

It is a tradition in our home to share the birth story of each child on their birthday, complete with all the anticipation, excitement, and relief to get each child here. I’d like to do the same for Dabble.

It was towards the beginning of September, I was on a company trip—for the day job—working early morning on Dabble’s cloud storage solution. It was then I realized I would not finish on time. Looking back, I wasn’t even close. So I went to “plan B” which was easy and stable, though not as efficient or elegant. Instead of saving and merging each little change, I saved the whole file over the top of itself on each change.

A few days later I had implemented Cloud Sync v1. A few weeks after that Export to Word, working in a browser, and a ton of bug fixes. Then on September 27, 2017, I wrote and published Dabble Launches Today. Dabble was released with a free trial through the end of November. It was 2 months before I knew if anyone would actually pay for the thing.

Saving my pennies to sponsor NaNoWriMo was the best thing I could have done for Dabble. It forced me to launch when I did, instead of taking my time to “get it perfect” (an unattainable goal, especially when you have no customers giving feedback), and it gave me a ton of exposure that my introverted self could not have gained through my own social media.

“Hey Dad, could you check out Dabble for me?”

I worked with the NaNoWriMo team to implement automatic word-count submission as you write and launched that mid-October with a goal tracker. It was a big hit.

About 3,500 trials turned into about 550 paying customers in December after the trials. Sure, Dabble was half-priced. And sure, most of those customers either had 20%-50% coupons, putting Dabble at 1/4 its regular price, but these guys deserved the discount after putting their faith and trust into some new piece of software that was hitherto untested.

During December I took the beloved NaNoWriMo goal tracker and turned it into goals for the rest of the year. I finished just in time to launch that on January 1st, 2018 for your New Year’s resolutions.

In January I went to work on Cloud Sync v2—the original “plan A” for sync. I taught myself about Operational Transforms, the technology behind Google Docs, and established a number of other under-the-hood improvements to go with the new sync model. This ended up needing a complete rewrite of Dabble to support the new model.

The only new feature Dabble launched this year was the Dabble forums, which could arguably be considered non-feature.

My Baby is Growing Up

Despite the outward appearance of much going on, I have been working many long hours to bring you Cloud Sync v2. Ultimately it is the right way forward for Dabble. Now that Dabble has customers and their associated feedback, I’m looking at long-term success, not shortcuts.

Then, in August 2018 after a cash-out refinance and a 2-weeks notice, I left full-time employment to give my all to Dabble. Why get investors when you can invest in yourself? And for Dabble, I’m all in.
Dabble will be supporting us well before we run out of… investment… dollars.
These last few weeks of full-time work have been very productive. Cloud Sync v2 is currently being beta tested by a few brave customers. And we should be able to release in a week or two. After that, the feature drought will be very much over. Hold onto your butts.—Jurassic Park

College, the Military, or a Mission

Imagine you have a kid. Imagine sending your kid off to college, the military, or to serve a church mission for say, a couple of years. When they come back, they look very much the same as they did when they left. Maybe they gained or lost a bit of weight. Maybe their hair is a bit different. But the changes they’ve made on the inside have completely transformed them. Made them into an adult.

When Cloud Sync v2—the complete rewrite that it is—releases, you won’t notice a huge difference right away. But Dabble has matured. Soon you won’t even know Dabble from the baby it was just one year ago.

Dabble has gone through its growing pains, like a baby spitting up all over your shoulder—again—and you wondering if this little thing will ever amount to much.

Well, you just watch. See what happens when this kid becomes an adult and changes the world.

So happy birthday Dabble. Thank you for giving me so much fulfillment—and even a bit of joy—serving writers whose only desire is to create. Create, and perhaps, change the world for the better. 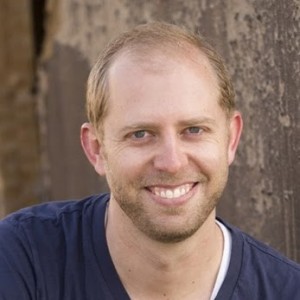 How Dabble’s Shiniest Features Compare to Other Writing Programs

We are always striving to improve so that your writing experience is simple, elegant, organized, and personalized to you. Let’s dig into the powerful new

How to Start Writing

How to Start Writing: A Guide & Checklist Sometimes when you ask a writer how to start writing, you get this warning:   If you

The Beginner’s Guide to Punctuation   When it comes to writing a book, we know it’s all about getting your story out there, sharing the