New features out now! See our roadmap and request a feature
Home
>
DabbleU
>
Prose
>
>
How to End a Story with a Bang Not a Whimper

How to End a Story with a Bang Not a Whimper 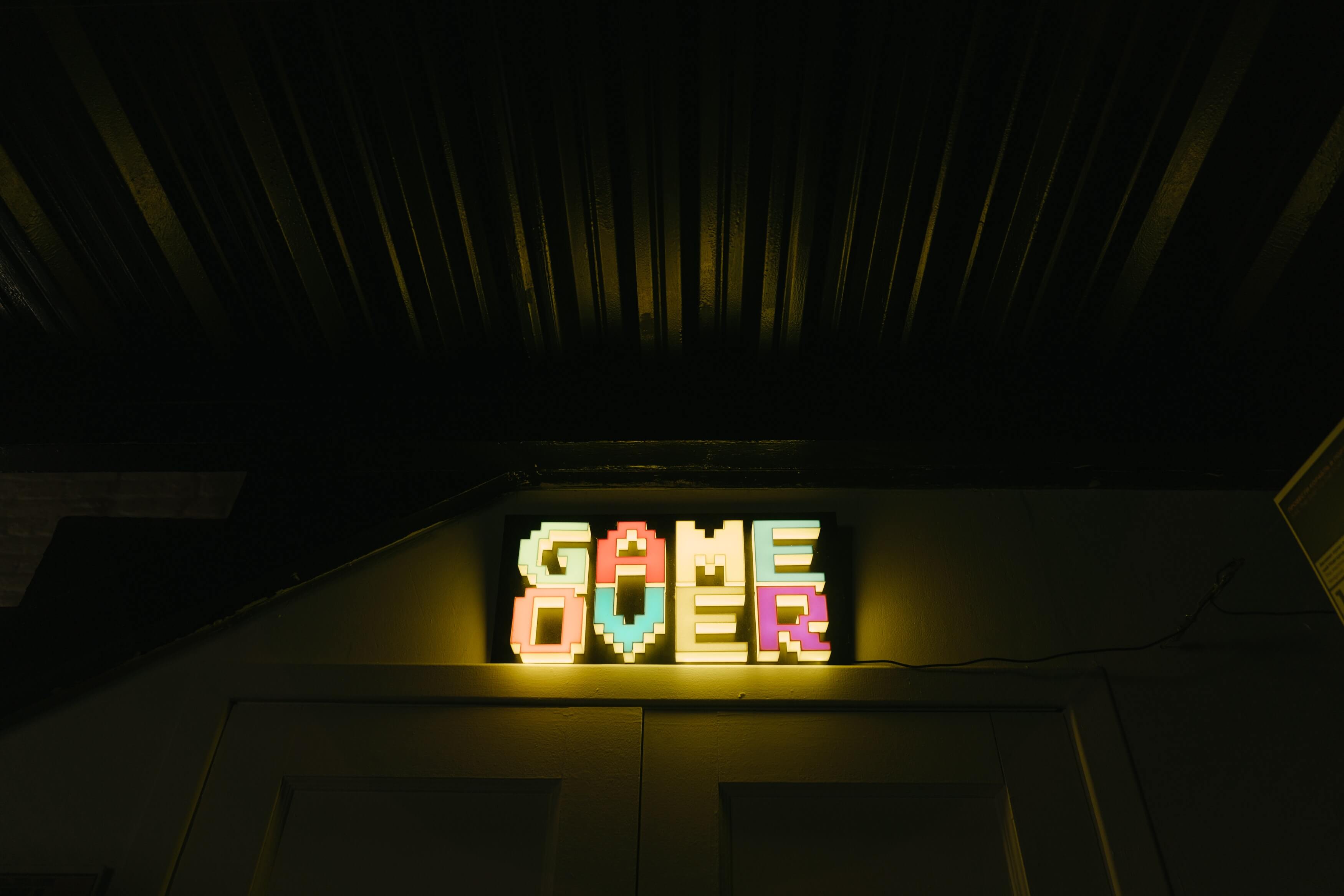 Have you ever read a book that you were really into, but then it just kind of fizzled out? You’re left with a sense of discontent and the memory of that book slides off you like Pam-coated Teflon?

It’s likely because the author didn’t stick that all-important ending.

Just like a compelling opening, a good ending is a bit of an art form and can take some practice. As with anything in writing, the best way to learn is to read. Think about books with memorable endings that you’ve enjoyed: read them again with a critical eye and think about how and why they work.

Beyond that, there are a few ways we can work on delivering that satisfying conclusion. In this article we’ll go over:

You probably won’t be surprised to hear that genre plays a big factor in the type of ending your book will have. There are some types of endings that are genre rules. For example, the happily ever after or the happy for now in a romance novel. A mystery novel reveals whodunit. Without these endings, you’re going to leave readers of these books frustrated and angry.

There are other genres where it’s not necessarily a rule but more of an expectation. For example, in an epic fantasy or dystopian of good versus evil, readers expect that good shall eventually overcome.

Similarly, if you’re writing for kids, hopeful endings tend to be more common than sad ones.

No matter what genre you’re writing, it’s important to study endings and how they’re done within those stories. While you don’t want your endings to be predictable, you also don’t want to veer too far from reader expectations.

Resolved endings are those that are neatly tied up like a present on your birthday. The main arc is completed, all the subplots have a resolution, and the reader isn’t left wondering what else? This is the type of ending you’ll see the most in standalone books and genres like romance, thriller, or mystery, where there is a defined ending that needs to occur. This is probably one of the more straightforward ways to end a story.

This is a story that ends where it begins. If you’re writing a story based on the hero’s journey, your story ends with your hero returning home, hopefully changed from their experience out in the great wide world.

Some authors even go so far as to use the same line for the first and closing sentences of their book. This too leads to a more closed off and definitive ending but can be tricky to manage since you need to find a satisfying way to bring your hero home.

I don’t know about you, but I spell the word ‘epilogue’ wrong every single time I write it. Thank goodness for spell check. Anyway… an expanded ending is kind of like a second ending (not to be confused with second breakfast). There’s the ending ending, and then there’s one more chapter that usually revisits the characters as a snapshot of what they’re doing later. You might see this in a romance after the happy ever after to tell the reader where the couple is a year later or at the end of a long series when the author brings us back to the characters years later to let us know how they’re faring.

Make sure your epilogue is necessary. Much like the oft-debated prologue, a lot of epilogues don’t actually add anything to the story. There should be a good reason you’re telling us this after the fact.

I was once in a reader group where a poll asked if people read the prologue and epilogues and the number of people who said they skip them was shocking.

It’s part of the story!

But I digress. Ensure the epilogue is truly needed. (I spelled it wrong every single time I wrote this, by the way.)

Ah, the plot twist. That red herring, clue-dropping ending they never saw coming. At least you hope so. If you’re going for a twist ending, do it carefully. You want almost everything to point in one direction, while a few things point in another direction with no one realizing it before the big reveal. You need to be careful that your twist makes sense and doesn’t come out of left field. You don’t want your readers confused and unsatisfied because your trail of breadcrumbs was eaten by crows before they could pick them up.

What you want is that forehead slapping, “Oh my god, how did I not see that?” reaction. What you want is for them to go back and read it a second time and see all those little things they missed on the first read. You also don’t want it to be so obvious that people guess it way ahead of time.

I’ll be frank–there are some people you’ll just never fool–often it’s because they read a lot of books and have seen it all before. One of my critique partners is like that, and I can almost never get one by them. If they do ever miss it, then I know I’ve got a good plot twist. But if you’re mindful about it, you can fool most people.

The most common place you’ll see a cliffhanger in the middle of a series. I don’t actually know why you’d use a cliffhanger otherwise unless you’re fond of one-star reviews.

There are two main ways to create a cliffy ending. The first is to literally break your very long book into parts and end it at a hooky spot. That can work, but there are pitfalls in doing it that way because it can really feel like an incomplete book that also leads to some not-so-happy reviews.

My personal opinion is that even if you’re going to end on a cliffhanger, you still need some type of resolution to your story. There still needs to be a complete arc with a climax where something is resolved, but then something else isn’t and that then drives people into the next story.

An ambiguous ending leaves the final conclusion open for the reader to decide. While it still resolves things, it does so in an open-ended way where you aren’t quite sure what happened to everyone. That’s where the reader gets to decide or interpret the ending for themselves. You’ll see this more in literary types of novels, where your goal might be less about an action-filled plot and more about getting your reader to think about the themes of your story.

Tips for a strong story ending

Now that we’ve looked at the types of story endings, let’s talk a little about how to actually write a strong one.

The ending is the beginning

If you’ve read our post on how to start a story, then you know there needs to be some type of stakes or motivation for your character established near the beginning of your story. Your ending must resolve these stakes or fulfill this motivation.

If you’re writing a series, this might not be as tidy if the overall stakes will be resolved later, but all of this applies to ending a series too. And whatever happens at the end of each book should still resolve in such a way that it’s moving them towards the final resolution.

Things need to come full circle. There should be a logical flow from the place your protagonist started to where they ended, even if they’re not physically in the same place.

Okay, this isn’t a hard rule, but consider discarding whatever idea pops into your head first. There’s a good chance that’s going to be the one your reader thinks of, too. Good endings surprise people and aren’t completely predictable from the outset. Even in a genre novel where the ending will be known–like solving the murder or having a happily every after–how you get to that resolution is where you want to try to get creative.

You can read more in depth about Chekhov’s Gun here, but TL;DR: if there’s an introduction of a subplot, you need to resolve it. Make sure your ending is really your ending. Don’t leave unresolved conflicts, plots or story lines in your novel or you could leave your readers frustrated.

A good plan is to try to resolve at least some of them before the denouement* so you aren’t left scrambling at the end or, even worse, left dragging out your ending for pages and pages.

*The denouement is the downward slope of action that occurs after your climax. Usually it’s just a chapter or two or maybe even a few pages at the end of your book. You can read more about the elements of story structure here.

Writing a novel? If you’re reading this article, then either you’re already writing one or thinking about it… I assume.

Writing a book can be hard, but we’re here to make it easier with our weekly Dabble Newsletter. It’s full of helpful articles like this one to help hone your writing craft and make the hard task of writing a book even easier. Subscribe today!

And the best part is we’ll deliver it right to your inbox with all the wit and humor you’ve already enjoyed here today.