New features out now! See our roadmap and request a feature
Home
>
DabbleU
>
Character
>
>
How to Write Sympathetic Antagonists Readers Will Cheer For

How to Write Sympathetic Antagonists Readers Will Cheer For 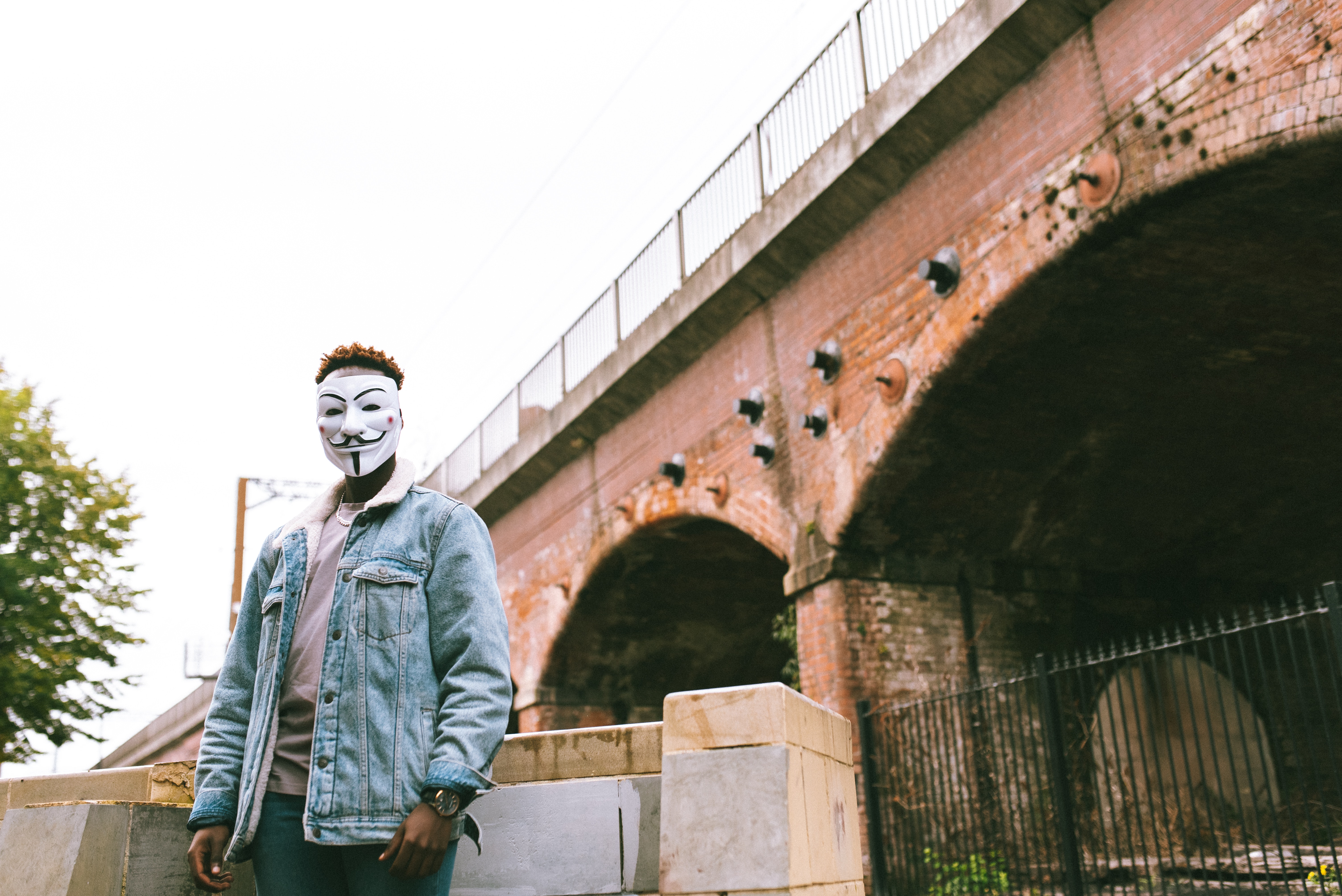 Have you ever read a story or watched a movie where you found yourself rooting for the antagonist? Even if they were the most vile, awful person you’ve ever read about, you couldn’t help but understand where they were coming from?

Well, my friends, you’ve come across a sympathetic antagonist.

Sympathetic antagonists are an amazing type of character who can add complexity and depth to your writing. Gone are the days where most books can get away with Superman going up against an evil genius and punching said evil genius in the face.

Readers want deeper stories and characters. They want to feel weird things for your baddies. Sometimes really weird. I’m not here to judge.

What I am here to do is tell you all about sympathetic antagonists. In this article, we’re going to cover:

What is a Sympathetic Antagonist?

Put simply, a sympathetic antagonist is a character who, despite their evil actions or awful ideals, is  understandable. They have some sort of redeemable trait or traits that make what they’re doing seem justifiable… a least a little bit, anyway.

These characters might be tragic villains, who have a devastating past that makes what they’re doing seem okay. They might be anti-villains, who believe they’re the heroes of their story, pushing what we think our moral boundaries are.

Either way, sympathetic antagonists are able to pull a reader in and make them question who they’re rooting for. This ability to connect with a reader makes for much more dramatic highs and lows compared to villains who are bad for the sake of being bad (and I’ve noted how freakin’ lazy that kind of villain is many times in the past).

Not all bad guys or gals are created equal. While antagonist and villain can be used interchangeably, there is a difference you should be aware of.

Villains are characters who move the plot with their evil antics. They don’t directly influence character development or growth, but their actions create situations a hero or protagonist must respond to. Think about a mad scientist unleashing an army of robots on the world or a serial killer killing… serially.

Antagonists, on the other hand, act as a counterpart and obstacle to the protagonist. Their role isn’t just to do morally questionable things but to get in our protagonist’s way, force them to grow, and act as a dark reflection of those we view as the heroes.

Sympathetic antagonists can be villains, but they’re ultimately there to force our character to grow. Sometimes this means our protagonist was just one unfortunate life event away from being just like this sort of antagonist—or, oppositely, that the antagonist could have been a hero themselves if not for a particular tragedy.

How to Write a Sympathetic Antagonist

You’re all excited to use a sympathetic antagonist in your story. And so you should be! These characters are some of the most memorable ones ever written and can add a lot to your book.

But how do you make one?

Here are a handful of things to keep in mind when designing your sympathetic villain.

Backstory, backstory, backstory: You can only have a sympathetic character if their backstories resonate with the reader. Their past is their most important character trait. It’s what lets us see through the cruelty and understand the pain that makes them human. That said, you need to introduce exposition properly, like a drip feed rather than just explaining their entire story in a single scene or chapter.

Different morals: The thing about morals is that they aren’t universal. Different people can think an action is good or bad, justified or unjustifiable. Sympathetic characters believe what they’re doing is right or that the end justifies the means. While their actions may shock us, they also lead readers to (almost) believe them, too.

They believe they’re the hero: While some sympathetic antagonists are aware they aren’t good people, they still believe that they’re having a net-positive effect on the world. This goes hand in hand with their moral compass, as skewed as it might be.

Internal conflict: If your evildoer has no qualms with what they do for the entirety of your story, it will be hard for a reader to connect with them. This doesn’t mean they need a redemption arc to make them a true hero, but there should be some sort of inner conflict or turmoil that they’re constantly dealing with.

Other characters: Sometimes you can’t just rely on prose to show the reader your character isn’t all bad. Use other characters to either vouch for the good in your sympathetic antagonist or be so vile in comparison that the reader can see how they exist in a morally gray area.

Personality is key: Your antagonist, sympathetic or not, is one of your main characters. They are a massive part of your book. Take the time to fully flesh them out and give them a unique personality. They should have quirks, passions, dislikes, and even be charming. They can act alone, but don’t make them stereotypical anti-social loners unless there’s a real reason.

Motivation is everything: All of these traits tie together to make a very compelling motivation for your villain. If your sympathetic antagonist doesn’t have a solid reason for doing what they do, your reader isn’t going to buy in the way you want them to. Crafting strong motivation should be a top priority for you.

Now that you know what you need to make a great sympathetic villain, let’s take a look at a few examples of these characters in pop culture.

Killmonger (Black Panther): One of my favorite characters in the MCU, Killmonger is definitely a bad guy. He kills a lot of people to achieve his goals and shows little remorse. However, we learn about the trauma he experienced as a child and can therefore understand for his goal of helping disenfranchised people and ending oppression. He just goes about it in a wonky way.

Severus Snape (Harry Potter): One of the most well-known sympathetic antagonists, Snape seemed to be getting in Harry’s way throughout the entirety of the series. It isn’t until the last moments of his life that we learn he had been helping, in his own way, despite the tragedies of his past.

Hannibal Lecter (The Silence of the Lambs): I know, it’s tough to defend a character who kills and eats people. I’m not even going to try. But we learned in Hannibal Rising that the infamous serial killer went through some pretty rough stuff that turned him into the sociopath he became. Chased by Nazis, forced to watch his parents be killed, sent to an orphanage where he was bullied. I never thought I’d feel bad for Hannibal Lecter.

When to Use a Sympathetic Antagonist

Let’s make sure this kind of character is a good fit first, though. If you want to make your evildoer garner some sympathy, think about these questions.

Why? Like all things, there needs to be a purpose behind what you’re writing. If you’re just writing a sympathetic villain for the sake of having one, you don’t need to spend the effort. Including them should add to your plot and the development of other characters.

Are sympathetic antagonists popular in your genre? Readers love their genres almost more than they love their authors. They come in with the expectations of reading certain tropes or characteristics of your genre. No genre forbids sympathetic villains, but study your genre to see how these characters work best.

Can you dedicate the space to this character? Like I mentioned, you need to commit space in your story to develop a sympathetic antagonist. You must be willing to give them the word count they need to become fully fleshed characters. Can your protagonist share the spotlight?

When Not to Use a Sympathetic Antagonist

As great as sympathetic antagonists are, there are some instances where an evil villain is a much better fit for your story. Here are some examples.

Horror: While some horror novels can work with a complex antagonist, many horror stories thrive on an unknown enemy or power. Humanizing the antagonist or villain in a horror story can make them less scary.

Monster of the week: In urban fantasy stories that follow a “monster of the week” framework, like The X-Files or Supernatural, sympathetic antagonists should be used sparingly. Again, readers are looking for monsters, not characters to pull at their conscience. Every now and then you can throw in a complex, human monster, but don’t overdo it.

If it doesn’t help the protagonist’s arc: Saying it for the people in the back, antagonists exist to be an obstacle for the protagonist. If your sympathetic antagonist doesn’t indirectly help your hero develop, they aren’t being used properly. No amount of sympathy can change that.

Write Your Best Antagonist With Dabble

Few things linger in our memory quite like a perfectly written character, and when that character is an antagonist, it rarely gets better.

Writing these perfect characters isn’t easy, though. Sure, you have all the knowledge to craft an awesome sympathetic antagonist. But now you have to bring them to life.

Luckily, Dabble provides all the tools you need to make that happen. With a dedicated space to house all your character notes and the Plot Grid to keep track of your antagonist’s unique plot lines, you’re equipped to write your best story.

All of it is just a single click away from your manuscript, meaning you can pull up your notes whenever you need them. So what are you waiting for? Click here to try Dabble for free, no credit card needed, for 14 days.