New features out now! See our roadmap and request a feature
Home
>
DabbleU
>
Character
>
>
The Seductress Archetype - Everything You Need to Know

The Seductress Archetype - Everything You Need to Know 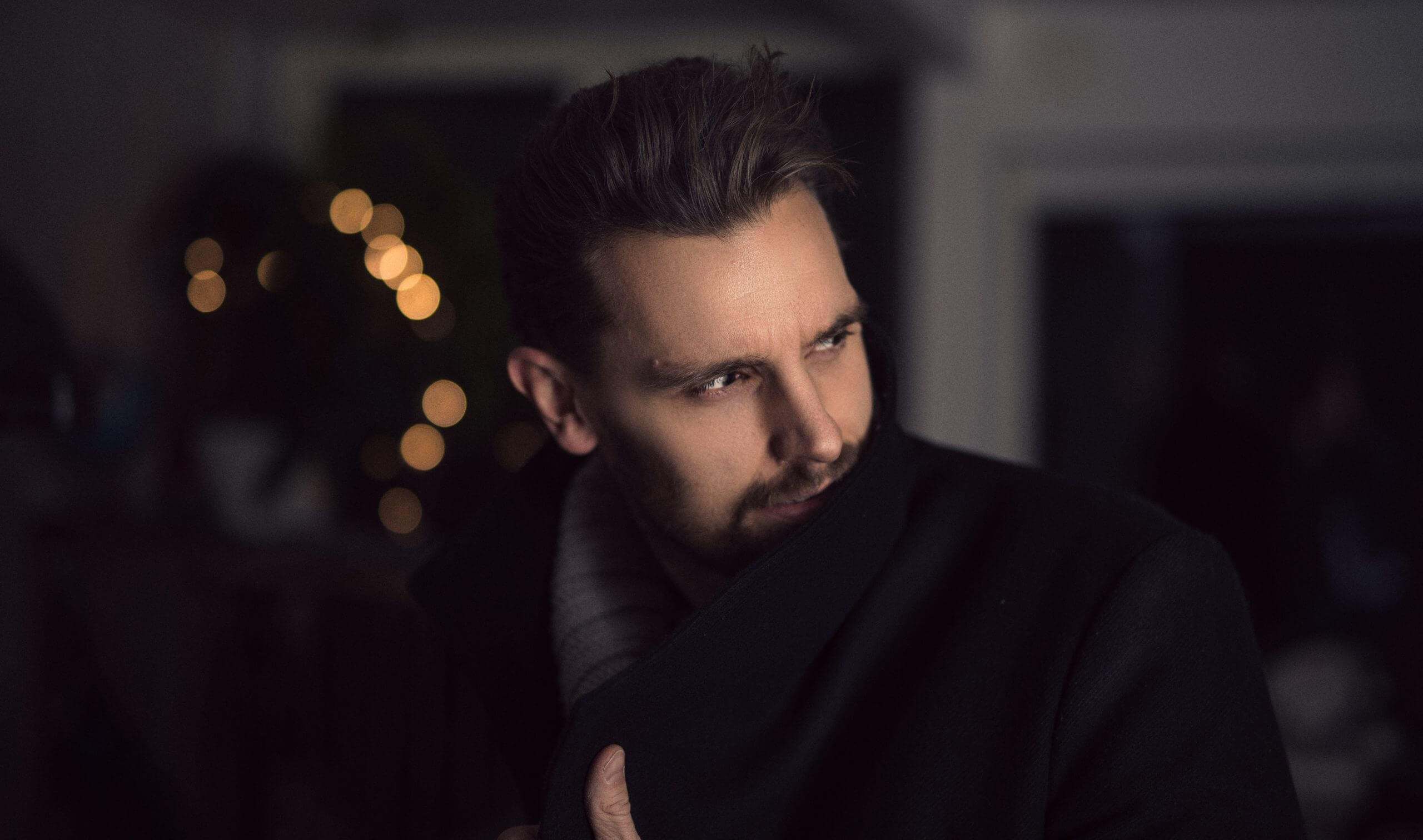 This is the fifteenth article in our fifteen-part masterclass on archetypes. Learn more about archetypes in our first article.

‍The Seducer/Seductress archetype is far more versatile and fascinating than many people realize.

In its flattest form, this character archetype might look like an eyelash-batting femme fatale or a playboy written to be either aspirational or hilarious (*cough* double standard *cough*).

But at its most compelling, the Seducer archetype provides a skeleton for a complex character we can’t take our eyes off, sexy or not. The single-minded and relentless pursuit of a self-serving goal. The ability to shapeshift into personalities that fulfill another’s fantasy. The path of destruction and chaos left in their wake.

If you have a Seducer in your story, a little insight into the archetype can help you design a truly unforgettable character. You can find that insight right here. We’ll cover:

Pretty alluring stuff, right? Let’s get to it.

What is the Seducer/Seductress Archetype?

The Seducer archetype has a long history of being flattened into a tired trope, especially when applied to female characters. The Seductress is also known as the Siren, the Homewrecker, or the Femme Fatale…

…essentially a woman who taps into the mysterious witchcraft of feminine desirability to take men down because that’s… just… something we think hot women do? I guess?

No matter what gender your Seducer may be, their defining trait is not sex appeal (though they certainly can be sexy). Rather, what defines a Seducer is their drive to get what they want by charming others into giving it to them.

‍The Seducer understands their target’s deepest fantasies. They see what this person longs for or—more powerfully—how this person wants to feel about themselves. The Seducer then chameleons their way into the role of lover, mentor, confident… whatever position gets them where they want to be.

When you pair relentless self-interest with an intriguing motive and an uncanny skill for social shapeshifting, you get a pretty riveting story.

Using the Seducer in Storytelling

We most often see the Seducer/Seductress archetype in a villainous role. Whether they’re the antagonist or just a distraction that throws the hero off-course, this character is rarely the one we cheer for.

Even so, the Seducer can play a wide range of roles within your story, and each role can add intrigue and adventure to your plot.

The Seducer as the Obstacle

This is Circe luring Odysseus to her island, turning his men into pigs, and seducing the hero in the literal sense. She’s not Odysseus’s primary nemesis; she’s just a complication within his greater journey.

If your Seducer is in the story just to make your Hero’s life more difficult, be sure to consider what the challenge reveals about your protagonist. How does the Seducer address a deeper longing or shelter the hero from their greatest fear?

The Seducer as the Antagonist

Sometimes you find this archetype in the story’s antagonist. This can play out in a few different ways:

The Seducer/Seductress archetype makes for a powerful villain, because everybody wants what they’re selling. The villagers might pull out their pitchforks to come after the foul-smelling, slobbering creature in the forest. It’s much harder to rally the resistance against a charming foe.

The Seducer as the Protagonist

How can this two-faced, self-absorbed jerk-waffle be a protagonist?

Well, as you may recall from our article on the Hero archetype, rotten people can be protagonists, too. They’re called “anti-heroes,” they usually have logical motives for being terrible, and we tend to wish for their success and demise at the same time. It’s confusing.

It’s also possible for a Seducer to find redemption as the conflict within the story forces them to evolve. This is what we call a moral ascending character arc.

And real talk: sometimes we let protagonists get away with terrible things if they make us laugh or seem cool. Zack Morris (Saved by the Bell) is a prime example with his girl-charming, teacher-flattering, self-serving ways.

The Seducer as a Costume

What’s interesting about the Seducer/Seductress archetype is that the archetype itself can be put on like a costume. Writers frequently place a non-Seductress into a Seductress role to make an audience laugh, make them reflect, or poke fun at our assumptions.

I’d be willing to bet you’ve watched your favorite sitcom character stumble their way through an out-of-character seduction attempt.

Or you’ve seen the reverse: a person we expect to be a Seducer doesn’t fit the archetype at all.

One of the most famous examples of the Seductress costume is Jessica Rabbit (Who Framed Roger Rabbit). In her own words, “I’m not bad. I’m just drawn that way.” Jessica is a devoted wife who doesn’t want anything from anyone. People treat her like a Seductress because she’s a smokeshow, but that doesn’t actually qualify her for the role.

One chooses to be a Seducer.

Common Traits of the Seducer/Seductress Archetype

If your story has a Seducer, you want to make sure they have a clear, specific goal. The choices they make to achieve that goal are what make them a Seducer in the first place.

So… kind of a mixed bag. There are probably a lot of traits in there that you might not choose to cultivate in your own children.

But before you start thinking that the Seducer archetype is just all one evil note, let’s take a look at some famous examples.

Where have you seen this character before?

‍This is a perfect example of a Seducer whose vulnerabilities are made apparent to the reader, even before we know the whole story. To earn and maintain his fame, Lockhart leans on charisma, manipulation, and sure, maybe a memory charm or two. For the most part, he succeeds at masking his raging incompetence. But Harry sees through him.And we see Lockhart’s desperation to claim higher status over The Boy Who Lived by the way he condescends to Harry.

‍Patrick Verona, 10 Things I Hate About You

‍Or Petruchio from The Taming of the Shrew, if you want to be all fancy about it.

Here’s your Seducer redemption arc. Patrick takes on the job of charming the prickliest girl in school in exchange for money. As he pretends to fall for her, he for-real falls for her, which somehow makes the deception forgivable in the end.

Or maybe it was the singing on the bleachers thing that made us all forgive him?

‍Ready to have some fun with archetypes?

Rebecca Bunch is most definitely an Orphan in search of love, stability, and a sense of belonging. To reach that goal, she goes full-on Seductress, constantly shapeshifting to please her crush, her crush’s friends, and her crush’s family. She crosses so many lines—legally, morally, rationally. All the while, she sees herself not as the Seductress or as the Orphan, but as the Lover.

I brought up Rebecca Bunch because she illustrates what I think is most important to understand when you’re studying archetypes:

These character designs are merely a tool to help you bring out the humanity of your characters.

You can take what works and leave what doesn’t. You can explore how a character might shift from one archetype to another over the course of their journey.

This is your creation. Experiment, explore, and see what happens.

And remember that Dabble is here to help. Our writing tool offers great features to keep you organized and inspired. Flesh out your characters in character notes, design a great arc using the Plot Grid, or leave comments for yourself in the draft of your story. You can try all these features and more for free for fourteen days by following this link. No credit card required!