New features out now! See our roadmap and request a feature
Home
>
DabbleU
>
Conflict
>
>
5 Types of Internal Conflict That Never Fail to Intrigue

5 Types of Internal Conflict That Never Fail to Intrigue 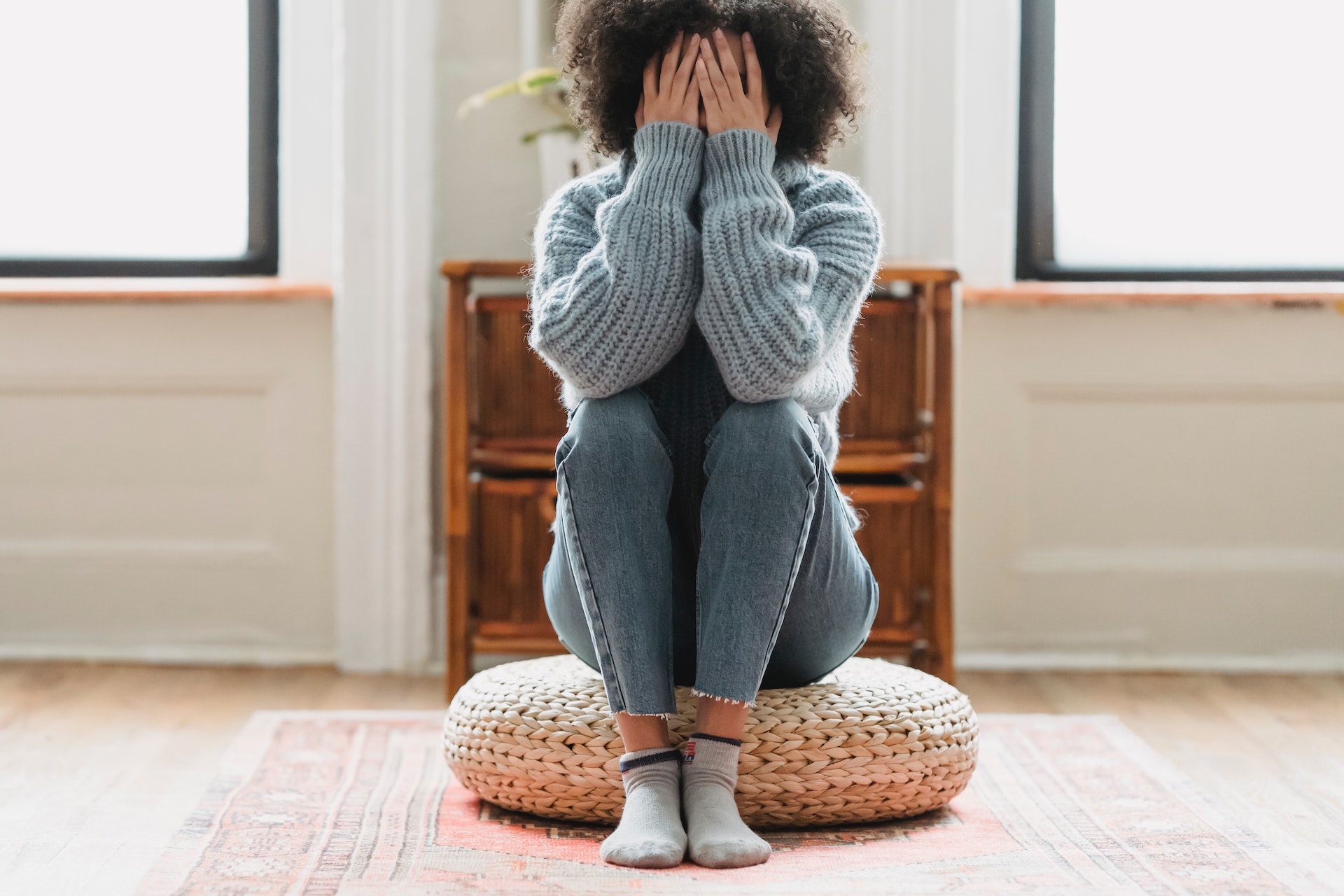 When you know the five types of internal conflict, you know how to craft a story that will seize the reader and hold on tight.

Most essentially, internal conflict drives your character arcs. The battle that rages inside your character’s soul is the one that forces them to make tough choices and ultimately change. (Or refuse to change, if you’re working with a flat arc.)

If you’re hoping to really nail internal conflict in your next novel, you’ve come to the right place. In this article, I’m going to walk you through the five most common types of internal conflict.

Each type opens up a world of story possibilities. So open up your Dabble Story Notes and let’s dive in.

What is Internal Conflict?

Often called “Person vs. Self,” internal conflict is the battle going on within your character. This is the type of conflict we focus on most when building character arcs.

What does your character think they need and what do they actually need? How will they change over the course of the story? What difficult decision will they be forced to make at the end of act two? What is the Ghost, what is the Lie, and what will force this character to release both?

Those are the questions internal conflict answers. And those answers are usually forced out by the interference of external conflict.

External conflict involves tension between your character and any antagonist outside themselves. This could be another character, society, natural or supernatural forces, technology, cloned dinosaurs… whatever.

Simply put, the disaster your character faces out in the world forces them to confront some contradiction within themselves.

Pretty abstract concepts, right? Not to worry. Concrete examples are coming your way.

The Five Types of Internal Conflict

One thing you’ll notice right away about each of these types of internal conflict is that they all ask heavy questions.

That’s kind of the point. Be bold, dig deep, and mine your character’s psyche for storytelling gold.

‍Am I doing the right thing?

Possibly the best-known type of internal conflict, this is the classic moral dilemma. The ol’ “Would you steal a loaf of bread to feed your family?” question.

‍The Hunger Games is a perfect example of this but with the much more extreme question, “Would you murder other children to feed your family?” (Intense.)

As the trilogy continues, this moral conflict evolves. Katniss becomes the unwitting icon of a rebellion. She then has to decide if it’s still her duty to prioritize herself and her loved ones at all cost. Or does she owe it to the oppressed to use her power for their liberation?

If your character faces a moral conflict, their external conflict might force them to:

An identity conflict can be compelling in any story, but it’s an especially popular internal conflict for coming-of-age tales. This includes my favorite coming-of-age novel (and all-time favorite novel period), Anne of Green Gables.

Anne is constantly torn between who she is and who she wishes to be.

She is a smart, gangly, red-headed orphan with a wild imagination, wild ideas, and a mouth that’s always running. She wishes to be a dark-haired romantic heroine—mysterious, demure, and loved by all.

She’s almost adopted by two senior siblings who wanted a boy and only agree to keep her temporarily as a trial. This external conflict exacerbates her identity conflict. She desperately wants to be the perfect adopted daughter, but she can’t help being her authentic self.

If your character faces an identity conflict, their external conflict might force them to:

‍Do I believe? Do I really know “The Truth?”

Of all the types of internal conflict, this one asks the most existential questions. If your character’s inner battle is religious or philosophical in nature, they’re probably going through something that reframes everything they ever believed.

A classic example is Reverend Tyler Caskey in Abide With Me. Recently widowed and raising a grieving child alone, the reverend grapples with his faith in light of both his loss and the challenges of his marriage.

Externally, it’s literally his job to be a model of steadfast faith for his congregation—a deeply flawed congregation whose members are constant reminders of selfishness and cruelty.

If your character faces a religious or philosophical conflict, their external conflict might force them to:

A character wrestling with a self-esteem conflict doesn’t need to have low self-esteem in general. Typically, this type of internal conflict relates to the character’s doubts about their own worthiness for the situation they’re in.

Can I rise to the occasion? Am I the right person for this? What happens when everybody finds out I secretly suck?

That sort of thing.

In a romance novel, you might see this conflict at work in a love interest who’s constantly putting up walls because they think they don’t deserve love.

You also see this internal conflict in fish-out-of-water storylines or with the Common Person archetype. A character winds up in a situation that’s completely foreign to them or is called upon to play the hero under extraordinary circumstances.

Do they make the effort and risk humiliation? Or do they bolt?

That said, “to try or not to try” doesn’t have to be the dilemma for your self-esteem-conflicted character.

Look at Kit Keller in A League of Their Own (movie, not series). Kit only got into the baseball league because her superstar sister wouldn’t join without her. This doesn’t dampen Kit’s determination to crush it in a league that doesn’t believe in her.

But it does affect her relationships. Kit is a defensive, feisty scrapper who’s constantly trying to prove herself, assuming no one sees her as good enough. Her journey of moving out of Dottie’s shadow and into her own light depends on her ability to trust that she can hold value on her own.

If your character faces a self-esteem conflict, their external conflict might force them to:

‍What does this relationship mean to me? Am I safe with this person?

How is this one of the types of internal conflict? Sounds like it involves another person, right?

In The Hate U Give, Starr has multiple relationship conflicts, including one related to her boyfriend, Chris.

After witnessing the murder of her friend at the hands of the police, Starr realizes how much she hides her experiences of racism from Chris. She isn’t sure she can trust her white, wealthy boyfriend to understand her perspective.

This manifests in external conflict like miscommunication and withdrawing. But it's her inner crisis that fuels their challenges as a couple.

Also note that relationship conflicts don’t have to be romantic. Your character might become suspicious of a friend they used to trust. Or they might secretly long to reconnect with an estranged parent.

If your character faces a relationship conflict, their external conflict might force them to:

Quick Tips for All Types of Internal Conflict

Now, here’s how to nail your character’s inner battle, no matter which type of internal conflict you choose.

In The Soulmate Equation, Jess’s Ghost is her experience growing up with a negligent mother. This memory haunts her every time she considers following her own desires. The Ghost reinforces the Lie that only a bad mother puts herself first.

‍Always involve the Lie. Your readers stick with your character to see if they can overcome the Lie. So don’t waste their time on an internal conflict based on your protagonist’s biggest pet peeve. Shake up their core belief.

‍Play with fear, desire, and shoulds. What does your character really want? How are they being called to grow? And what fear or sense of duty (“I should…”) is in direct conflict with that desire or calling?

(Hint: the Lie is frequently rooted in fear or the values instilled in them by others.)

‍Involve discovery. We all live happily with our Lies until something happens that absolutely shatters our worldview. What is the experience that threatens your character’s Lie? And how long will they cling to that Lie before they’re willing to let new ideas in?

‍Make it risky. Whatever your character’s internal conflict may be, they should believe they stand to lose something major no matter what they decide. (Whether or not their fears are based in truth is up to you.)

Can I Pants This?

If you’re a pantser—particularly one who’s more plot-oriented than character-oriented—you might be inclined to leap into your story and find the internal conflict as you go.

Because internal conflict influences both character development and plot development, I recommend at least having a vague idea of some of your characters’ inner battles before you dive in.

But however you choose to tackle it, Dabble can make it easier. Plotters can create extensive profiles for each character in the Story Notes. And pantsers can leave comments and stickies for themselves as they make discoveries mid-draft.

Don’t use Dabble? Not a problem. You can check out all the Premium Features for free for fourteen days without even entering a credit card. No commitment, no risk, no need for inner conflict.