New features out now! See our roadmap and request a feature
Home
>
DabbleU
>
Plot
>
>
Three-Act Structure Worksheet to Level Up Your Story Design

Three-Act Structure Worksheet to Level Up Your Story Design 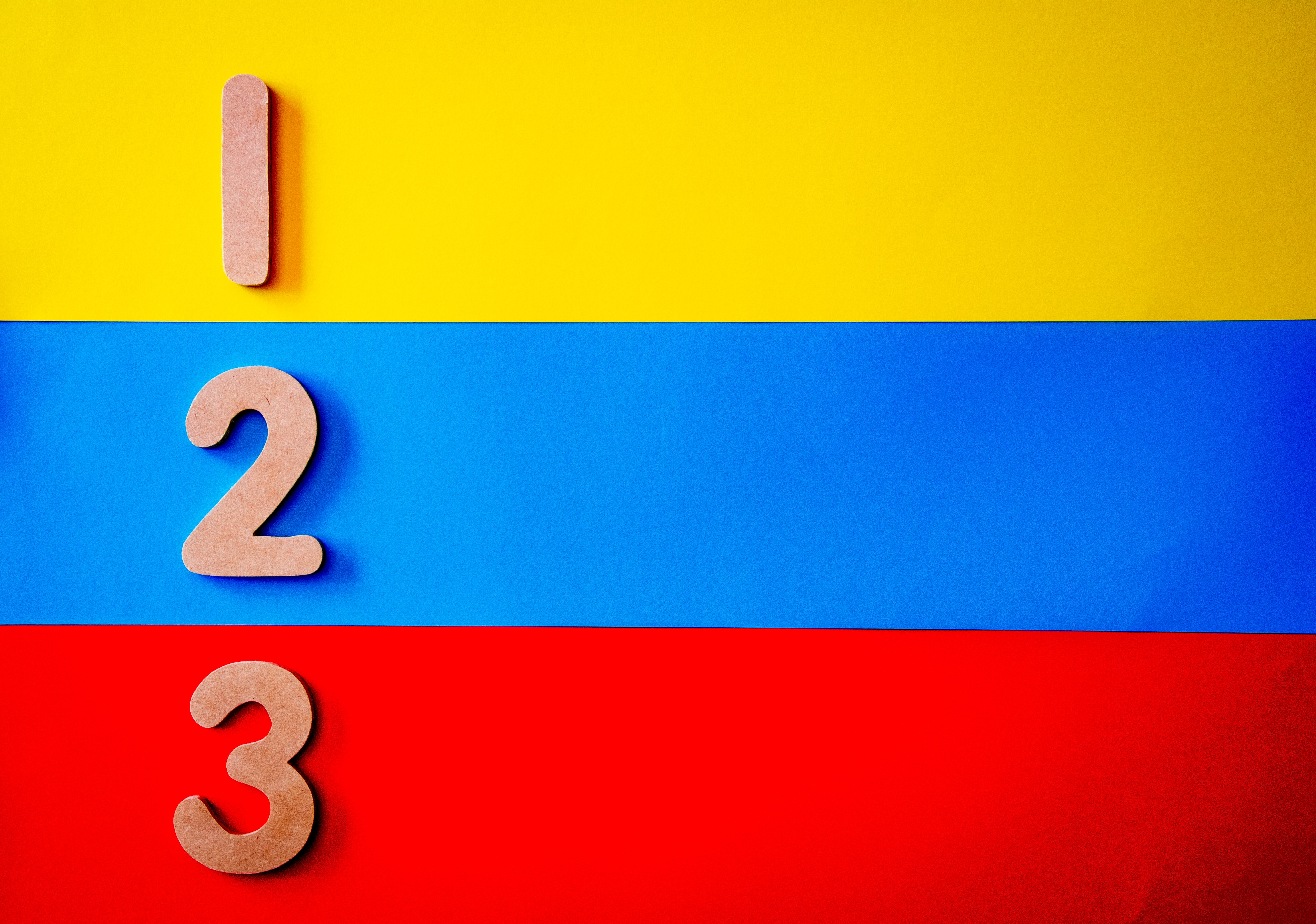 See, the beauty of the three-act structure is that it’s kind of a no-strings-attached method for plotting a story.

Sure, there’s something there. A central conflict. A definable character arc. A beginning, middle, and end. All the things that allow you to go into the writing process armed with an actual story.

But you still have freedom to explore. You can commit to specific scenes and subplots upfront, but you don’t have to. You can take what works, leave what doesn’t, and find your voice along the way.

We’ve designed our three-act structure worksheet to help you get what you need out of this framework. Our goal is to help you enjoy the freedom of discovery while also giving you a solid template to make sure your plotting is sound and your protagonist’s journey is unforgettable.

If you’re ready to jump in, you can download the worksheet now.

Or you can hang with me for a short primer on the three-act structure.

What is the Three-Act Structure?

‍A beat is a significant event that moves the story forward. Each major beat should be the result of the beat before and the cause of the beat that follows. For example, in The Lion King:

‍Aristotle was the first person to break down the elements of three-act structure (or the first to record it in writing, anyway.) But this plotting style is so adaptable and instinctive that you see it show up in other structure templates, too.

In fact, let’s take a closer look at how that works.

How Can the Three-Act Structure Help Your Story?

The three-act structure is super popular among writers. But why?

‍It’s highly adaptable. Our three-act structure worksheet walks you through this format in its most basic form. But if you’re a serious plotter, you can layer other, more detailed structures on top of this one to fill in the gaps. For example, the Hero’s Journey and Save the Cat! both fit into the three-act structure.

I’m not saying you won’t struggle with the occasional meandering scene or two (or six or 90). But you will have a guiding thread to return to.

‍This structure helps you get your twists and turns in the right places. Your protagonist has to make bold choices, evolve, and occasionally reverse course. But how do you do that often enough to keep your reader on their toes without giving them whiplash? Three-act structure, baby.

‍This style of storytelling is all about your protagonist’s journey. That’s not true for all structures. The Fichtean Curve, for example, is a plot-focused approach that places greater emphasis on building tension.

Neither method is right or wrong. It’s all about what you need. If you feel like you could use some help developing a plot that serves your protagonist’s character arc, the three-act structure is a great option.

Think this might be the story structure you’re looking for? Let’s take a closer look at how it works.

Steps to the Three Act Structure

If you choose to organize your story using the three-act structure worksheet, you’ll arrange your story into—get this—three acts. Each act contains three major beats, for a total of nine over the course of your novel. So we’re working with pretty broad strokes here.

Here’s how these three acts and nine beats break down.

This is where you introduce your reader to the protagonist and set up the goal they’re going to be chasing throughout this story. The three beats of this act include:

Introduce your protagonist—who they are, what they value, what motivates them, and what they want. You’ll also use this beat to paint a clear picture of your protagonist’s world. What’s their normal? What challenges do they face? Who’s important to them?

This is the event that sets your story in motion. More specifically, the inciting incident presents your protagonist with a decision.

It could be an opportunity to chase their wildest dreams or escape their miserable existence. Maybe it’s the news that a loved one has gone missing. Maybe your protagonist inherits a haunted bakery and a pet lobster.

Whatever it is, this event forces your protagonist to make a decision that will alter the course of their life.

This is the moment when your protagonist actually commits to the adventure presented by the inciting incident.

Plot point one can happen immediately after the inciting incident. Or you can give your protagonist time to cling to their comfort zone, ignore the decision, or receive guidance from a mentor.

But in the end, they must make a clear, decisive choice. And make it obvious that the decision will set your protagonist’s path in a whole new direction.

You know what a new direction signals…

This act is the reason your reader bought your book. In this section, you pay off “the promise of the premise.” There’s adventure, mishaps, hard-learned lessons, and budding relationships.

Ooh, your protagonist is in it now! And by “it,” I mean a world or experience that is completely different from everything they know.

Introduce new allies and enemies. Nail your protagonist with obstacles that expose their weaknesses and challenge their assumptions. Expand on the central conflict and help your reader get to know the antagonist better.

In this beat, the greatest source of tension is the unknown. It’s not really about beating the final boss, because your protagonist just started the level. Right now, they’re dodging fireballs and learning the rules of the world.

You’re smack in the middle of your novel. It’s time to add a major event, discovery, or twist that points your protagonist in a more dangerous direction. In fact, this should be the most dangerous obstacle your protagonist has faced yet.

Of course, the definition of “danger” depends on the nature of your story. Your rom-com heroine doesn’t need to spearhead a drug bust or avenge her mentor’s death. It’s enough for her fake dating scheme to turn into an all-too-real engagement scheme.

Your protagonist prepares for the danger ahead. This could mean training, gathering advice, personal reflection, a solid pep talk, or even a period of denial and avoidance.

Whatever preparation looks like for your character, this beat should reflect their growth. This is the moment when they go from reactive to proactive.

At the beginning of the act, your protagonist was basically Harry Potter in the first half of Sorcerer’s Stone, positively gobsmacked by everything from the postal service to team sports.

But now they know the world and its rules, and they’re ready to throw down with some three-headed dogs. So they decide to move toward the danger—another change in direction.

Time to bring it on home. But just a heads-up: this is going to get worse before it gets better.

Before you deliver that glorious victory, you have to make your reader feel like their hero or heroine might lose.

Also known as the “Dark Night of the Soul” or “All is Lost” moment, this is when your antagonist shows up in full force.

As for your protagonist?

They can’t win this battle without facing their fears, acknowledging their weaknesses, and confronting the false belief that has been holding them back. And let’s be real: that’s a lot of things to have to do in a pinch. So it’s not looking good.

Never mind! They’re going to make it after all. In the climax, your protagonist uses the lessons they’ve learned and their natural strengths to make a mighty comeback. They reign victorious and it’s all very thrilling.

The climax is usually a one-scene situation, especially in thrillers, adventures, and mysteries. But it doesn’t have to be. If it fits your story and genre, the climax can unfold over a few scenes.

Now it’s time to release some tension. The denouement is the final beat where you tie up loose ends, restate the theme, and demonstrate your protagonist’s transformation. As Dan Harmon would tell you, that transformation typically shows when your protagonist returns to their normal world and makes it better with the lessons they’ve learned.

Or worse, if you’re writing that kind of story.

Pretty straightforward stuff, right? So how do you use this structure to make your next novel a breathtaking masterpiece?

Next Step: The Three-Act Structure Worksheet

Then download Dabble’s three-act structure worksheet and start building your own story. It’s a fillable PDF, so you don’t even need a printer to get the job done.

One last tip: use the Dabble Plot Grid to structure your novel and track your character arcs. What I personally love about this tool is the way it syncs with your actual draft, so you have the relevant scene card right at your fingertips if you need to consult your notes as you write.

Not a Dabble user? No problem! You can try all of Dabble’s Premium Features for free for fourteen days. You don’t need to enter a credit card. Just start your free trial and find out if this is the tool you’ve been looking for.