New features out now! See our roadmap and request a feature
Home
>
DabbleU
>
Character
>
>
A Giant Pile of Character Ideas to Jump-Start Your Brain

A Giant Pile of Character Ideas to Jump-Start Your Brain 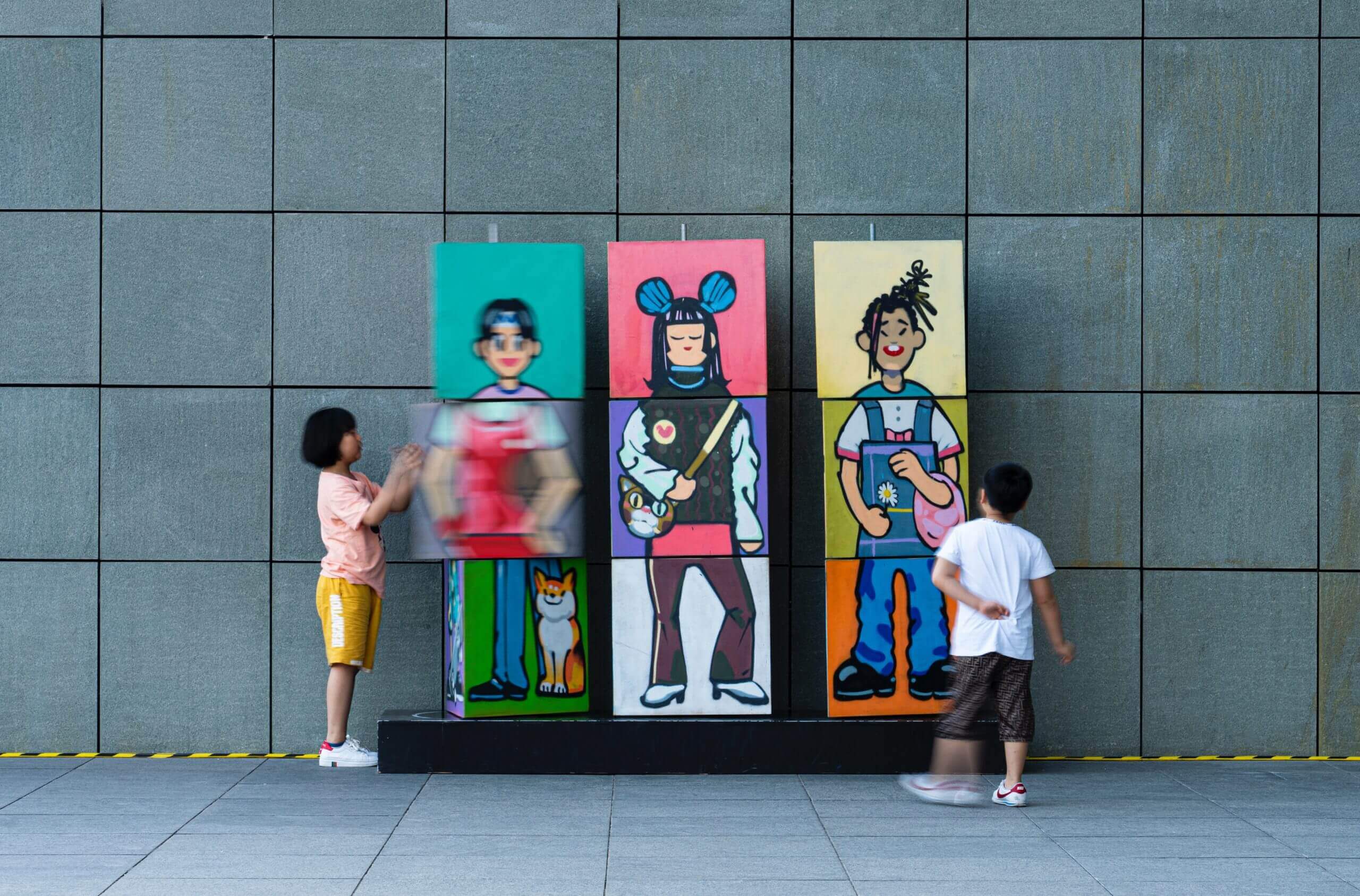 Character ideas have a way of coming in hot until you actually need them.

You’re in line at the grocery store and your mind is buzzing with a fully formed backstory for the guy who’s buying five tubes of toothpaste and a sympathy card. Then you go home and try to write about the character you’ve been thinking about for three weeks and…

What do they want out of life? What’s their job? What makes them interesting?

Suddenly, your creative mind is an endless, empty void.

We at Dabble have all been there. And we’ve got your back with character brainstorming questions to get those wheels turning, quick tips for building an unforgettable character, and a bunch of character ideas you can just straight-up steal.

Let’s get into it.

Whether it’s the protagonist, antagonist, or a precocious child who knows too much about adult matters and/or sees ghosts, every character in your story should be a thoughtfully designed blend of several different components.

I’m going to lay out these character ideas component-by-component so you can skim through, see what you might be missing, and fill in the blanks accordingly.

As you explore each of the following components to build a well-rounded character, remember to keep in mind your overall vision for this fictional friend (or foe). You don’t want to Frankenstein this character with a patchwork of character ideas that “just sound interesting.

”Each component should work with the others. They should serve the character arc and contribute to the plot.

The only exceptions are culture, race, disability, gender, and sexual orientation. While it’s important to understand how details like these influence your character’s perspective and experiences, these identities do not have to be central to the storyline.

A quirk is a unique quality that makes your character’s behavior or physicality particularly memorable. While a quirk is rooted in an internal trait (like an unusual fear of mailboxes), it manifests as a specific, repeated behavior (like a tendency to scream at mailboxes).

This character component can clue us in to what a character is feeling, reveal their values or priorities, or simply make them feel more real.

Limitations are particularly important when it comes to that crushing “All is Lost” moment. This is usually when the protagonist must face the fact that they’ve let themselves down. If they want to win, they have to change.

If you’re hung up on that three-paragraph description of your character’s appearance, you can let it go. There is no reader in all of human history who was desperate to know whether or not the protagonist had attached earlobes.

Instead, zero in on a few features that:

Heads-up: physical traits like race and disabilities do not need to have some deeper meaning. Diversity is a reality, and that’s reason enough to reflect diversity in the stories we tell. On that note, here’s an incredible resource for describing skin tone.

Physical Trait Ideas You Can Steal:

‍I personally hate this question, because the answer, “I’m a writer” almost always leads to me having to explain how I pay my bills. Honestly, most people I know hate being asked what they do. And yet, we all keep asking each other because it’s informative.

How does this person spend their days? Is this their passion? If they hate it, what do they hate about it? What would they rather be doing?

We get the same great deets when we know how your character fills their hours.

Relationships are life. This is why I get frustrated (my boyfriend might say “ragey”) when romantic comedies—one of the greatest art forms of all time—phone in the relationship with clichés.

She’s pretty but doesn’t know it because she’s too busy chasing her dreams in the big city. He wasn’t the boyfriend type until he saw her spill coffee on herself. They’re both witty in the exact same way.

Nope. Not enough. Somebody tell me why these two people are better together than they are apart. How do they bring the best out in one another?

No matter the genre, well-crafted relationships have the power to turn a generic trope into a textured human life. I’m talking all relationships: romantic, friendly, parent-child, boss-employee, superhero-butler. All of them.

Character Relationship Ideas You Can Steal:

If motivation weren’t important, there wouldn’t be a raging debate about whether or not Snape’s childhood trauma and lifelong love for Lily redeem him. (They don’t. But these details do give him depth.)

Character Motivations You Can Steal:

Not even your hero can be all heroic. Perfection robs your character of an arc. Even side characters are more enjoyable when they have a few messy layers.

Make sure your character’s flaws serve the story. It might help to think of their flaws intertwined with limitations. How are they holding themselves back with their own personal shortcomings?

For even more thieve-worthy ideas, check out our article on character flaws.

When you nail down your character’s worldview, you help your reader understand them better. Their choices start to make more sense and they might even become more sympathetic. Or more infuriating! It’s all in your hands, you crafty puppeteer.

Just try to avoid writing too much philosophy into dialogue, unless that’s your character’s quirk. Most people just do what they do and say what they say without explaining themselves. Philosophizing should be saved for moments when someone demands an explanation.

How to Make Your Characters Feel Real

Ever do that thing where you start telling someone about the funny thing your friend said the other day, then rack your brain trying to remember which friend it was only to realize it wasn’t a friend? It wasn’t even a person! It was only a series of words that your brain turned into a memory.

This is the kind of wizardry you can accomplish when you know how to make your characters live and breathe. And how do you do that?

Putting together a robust combination of the character components above will help. To take it to the next level, try these tips:

Steal from Your Life

Observe your loved ones. Look at the stranger FaceTiming with her kid in the coffee shop. Look at yourself. The more we observe real people and the better we understand ourselves, the more familiar we become with the details that make our characters feel real.

Real people are complicated. They can hold conflicting beliefs at the same time. They can be type-A about one thing and loosey-goosey about another. Let your character contradict themselves. But try to make the contradiction carry some logic in their own head.

Your character could “love classical music,” or they could play The Best of Brahms on their commute everyday, letting the music sweep them beyond their anxiety-ridden life.

See the difference? When you translate your character’s feelings, thoughts, desires, and fears into a specific choice or habit, you make them feel real.

Take a little voyage into the world of character archetypes or the Enneagram.

Studying characters as specific “types” may feel like a step away from human character design. But it’s actually a great lesson in emotional logic. Each character model has a set of fears, desires, and experiences that naturally lead to their defining motives, traits, and values.

You know the rule: if you want to write well, you’ve got to read a lot. This goes for character development, too. Make a list of all the characters that still feel so real to you. Then go back and study them. Why do they work?

Does your character speak in short, direct sentences, or are their sentences slow, long, and rambling? Are they smooth and articulate or constantly searching for words? What phrases do they tend to repeat? Do they have any nicknames for other characters?

Whether your character only speaks in dialogue or they’re the narrator of your story, a little voice work can do a lot to make them real for your reader.

In The Art of Character, David Corbett makes a strong argument for allowing your characters to evolve throughout the process. As Corbett says:

“...we start with a bit of raw material that interests us, and work at it day and night, not just deliberately and attentively but lovingly, until finally, like Pinocchio, through some strange paradox, that bit of material takes on a life of its own.”

You don’t have to worry about collecting the perfect character ideas from the get-go. Find what makes sense for now, put your creature on the page, and let the rest be a process of discovery. If your character starts pulling you another direction, follow joyfully. It means you’ve created something real.

That is to say, you’re living the dream.

Want an easy way to keep track of your character ideas as they arise? Check out the Character Notes feature in Dabble! And by “check it out,” I mean “try it for free for fourteen days.” In fact, just try all of Dabble’s premium features for free by clicking this link.