New features out now! See our roadmap and request a feature
Home
>
DabbleU
>
YA
>
>
Smells Like Teen Spirit: How to Write Young Adult Fiction

Smells Like Teen Spirit: How to Write Young Adult Fiction 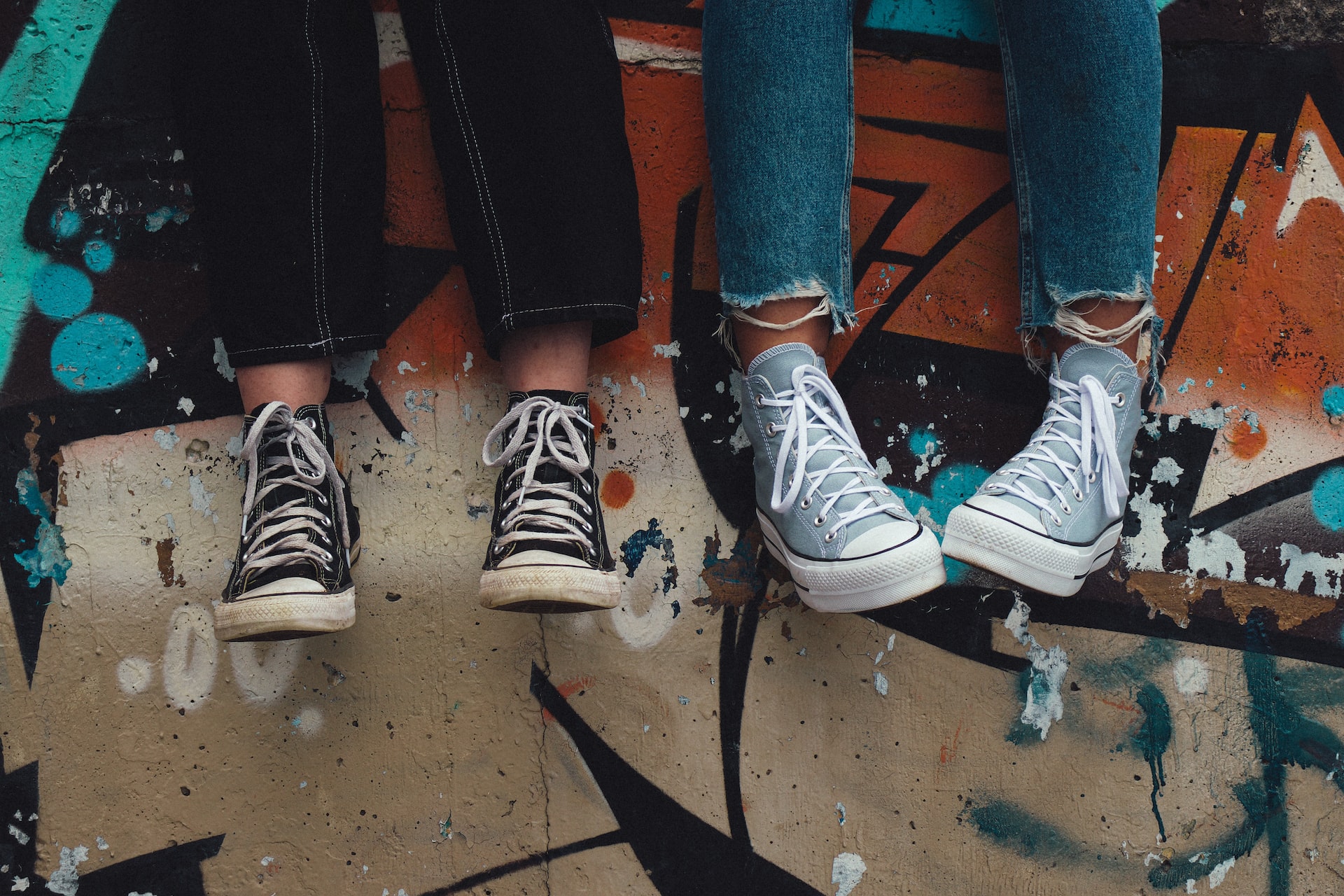 Young adult books are easily one of, if not the fastest, growing genres in publishing. A lot of the biggest breakout books like the Hunger Games, Twilight, and Shadow and Bone are all based on YA novels. There’s something about the teenage experience that speaks to us all—no matter how old we get and how long ago teenagerhood was.

With that note, you do not have to be a teenager to read young adult novels. I’m going to repeat that: there is absolutely nothing wrong or weird or immature about being an adult who reads young adult novels. I have no idea why anyone, anywhere, has ever thought that or where they got that inane idea from.

I am well past my teenage years (cough, cough) and read tons of YA books. I love them. I adore them. There is a certain sparkle that YA books have that adult novels just don’t capture in the same way and I will die on this hill.

Adults actually make up a huge portion of the YA audience, and if you need any more convincing, let me point you to this argument: who do you think writes all those YA books? Ninety-nine percent of them are adults, and the ones who aren’t are going to be very soon. Aging is like that.

Anyway, now that we have that out of the way, maybe you, dear teenager or adult, are interested in writing a YA novel. You wouldn’t be the first and you certainly won’t be the last. But what makes writing YA different from writing for adults?

Let’s start by talking about what YA isn’t. Namely, it isn’t dumbed-down adult literature. It isn’t simpler or less complex. It isn’t less important or less relevant.

And it isn’t something for “beginners” before they graduate to “real” writing for adults. Young adult authors don’t have less compelling prose, characters, plots, or stories than adult writers do.

Young adult authors aren’t less talented writers just because they’re writing for kids. Some might argue the opposite is true, but I don’t want to get into a fight.

Okay, now that we got that unpleasantness out of the way (seriously, the comments I’ve seen from people), let’s focus on the positives. And that’s what YA is.

YA is generally fiction that features characters between the ages of about 12-17. Any younger than that and you’re veering into middle grade territory and a whole different audience. Kids tend to read “up,” in that they prefer to read about characters who are a few years older than them.

Most YA actually tends to feature protagonists in the 15-18 (sometimes 19) range, and you could be filling a real gap if you aim for that 12-14 age category. Just sayin’. This is where YA can be tricky because there is actually a world of difference between a 12-year-old and a 17-year-old and yet, publishing categorizes them as the same genre.

There’s also a smaller (but not really that small) faction of YA known as “crossover” that features older characters in the 18-19 age range. This is sometimes referred to as “new adult” which then includes characters in their twenties. This is a growing category that is very popular in indie and self-publishing but has been slower to catch on with larger publishers. (I honestly could write a whole book on the problems with how ages are classified in YA, but that’s for another day.)

Regardless, the takeaway from above is this: whatever the age of your protagonist, your audience will be about two to three years younger than that and span into adults. But don’t forget who you’re writing for—it’s that 15-year-old reading about your 17-year-old protagonist.

Another thing to note is that novels that are reflections of youth aren’t young adult novels. The teenaged character should be in the present moment. A book looking back from the perspective of an adult is an adult novel.

There are adult novels that feature child protagonists. The book Room comes to mind. It’s told from the perspective of a five-year-old, but is very much an adult book given the writing, subject matter and style of the writing.

Tips for Writing YA

Okay, let’s get into some tips for writing a YA novel. Here are some things to keep in mind.

The music and the clothing and the slang might be different, but the inherent themes of growing up haven’t. Teenagers are seeking their place in the world, trying to uncover who they are. They’re breaking away from their parents and their families and forging into places on their own. They’re thinking about what they want to do when they grow up. They’re meeting friends and potential love interests and sexual partners.

Being a teenager is about firsts. First kiss. First job. First love. First everything. And that’s what your stories should be about.

While there are exceptions (looking at you Kaz Brekker from Six of Crows), your characters should feel like young people without a world of experience to draw on. A 16 year old just won’t have the reflection of a 60-year-old.

YA stories often revolve around a character finding themselves, seeking out their families, or searching for friendship and love. It might be more important in this genre over any other to ensure your character has a fulsome cast of dimensional side characters to go along with them. Teenagers tend to be pretty attached to their friends.

And while the parents are often dead—and this is because we don’t want mom or dad being responsible and getting in the way of a nice, dangerous adventure—they don’t have to be. But your characters will often have some kind of mentorship in their life, so give some thought to that wise Sage in their lives who can help them fumble through their conflicts.

For more on developing characters, check out these resources:

One of the best things about YA fiction, in my opinion, is that main characters often have a lot of voice. They have big personalities and bigger emotions to go along with their wild internal thoughts. The best YA characters leap off the page. After all, teenagers tend to feel big as they’re growing up and finding their place in the world.

A lot of YA is written from first-person POV (though it absolutely doesn't have to be), because YA tends to be about character growth and development. Yes, there’s the external plot that’s important, but the heart of YA is about your character finding their way through that plot and the world around them.

Present tense tends to be popular in YA as well for similar reasons. Teenagers often fall under the category of act now, think later, and you can use that philosophy to create a dynamic voice for your protagonist.

The voice of your character will be affected by:

*Note: A quick note on slang terms, especially if you’re writing in a contemporary setting. It's easy to veer too far into the common vernacular and make your work seem dated very quickly. This might be less of an issue in a historical or fantasy setting, but make sure you’re choosing words that young people would use but aren’t also so modern that they’ll stand out as cringey** ten years from now. Reading published YA contemporary books is a good way to study this.

** I think this is what the kids say. My pre-teen uses it all the time.

Look, you’re writing for kids, so it can be tempting to shy away from hard topics, but that isn’t doing you any favors. Kids face tough things every single day, and pretending otherwise is not only going to come off as inauthentic, it could feel patronizing.

Kids experience bullying and depression and grapple with questions around drugs, alcohol, and sex. They swear, too. A lot. While you might not pepper your entire manuscript with F-bombs, I swear no one uses them more than teenage boys. Everything in moderation. Substituting other words can definitely feel like you’re being fake.

They’ve got raging hormones and difficult relationships to contend with their parents, friends, teachers, and who they’re attracted to. Speaking of which, teens are aware of and explore their gender and sexuality that some elder Millennials through to Baby Boomers wouldn’t even have known the vocabulary for then. Sometimes you still don’t. This is where research is going to be key. If I haven’t said it already, read lots of YA books before trying to write YA books.

Modern teens are probably more grown up than they’ve ever been thanks to their easy access to literally every bit of information in the entire universe. If you don’t give them something to relate to, something that they too struggle with in their lives, then you’re going to lose them.

End on a High Note

At the same time, you want to end your story on a hopeful note. Generally YA doesn’t end in only tragedy and, while it might not have a “happy ending” per se, there should be something that shines a light of positivity for your characters. Even if their best friend dies, they might have another friend who helps them see the good in the world, for example.

Think back to when you were a teen—how much did you just love it when old people told you what to do? And by old, I mean like 35. (Age is all relative.) Don’t talk down to your readers and definitely don’t try to teach moral lessons through your writing. Explore serious topics and themes, and let your readers come to their own thoughts and conclusions about them.

Otherwise, your book might come off as 300 pages of their parents lecturing them. And guess who’s going to DNF that story?

YA Fiction Wrap Up

Now that you have some tips for writing your YA, it’s time to put pen to paper. A few last technical things to keep in mind when writing YA:

Once you’ve decided on writing that YA novel, you need the proper tools to do so. Dabble Writer is here to help you figure out your story by giving you the option to plot and save all your notes right inside your document. You can set word goals and track your progress every day.