Want to Write a Gripping Novel? Tap Into Character Fears. 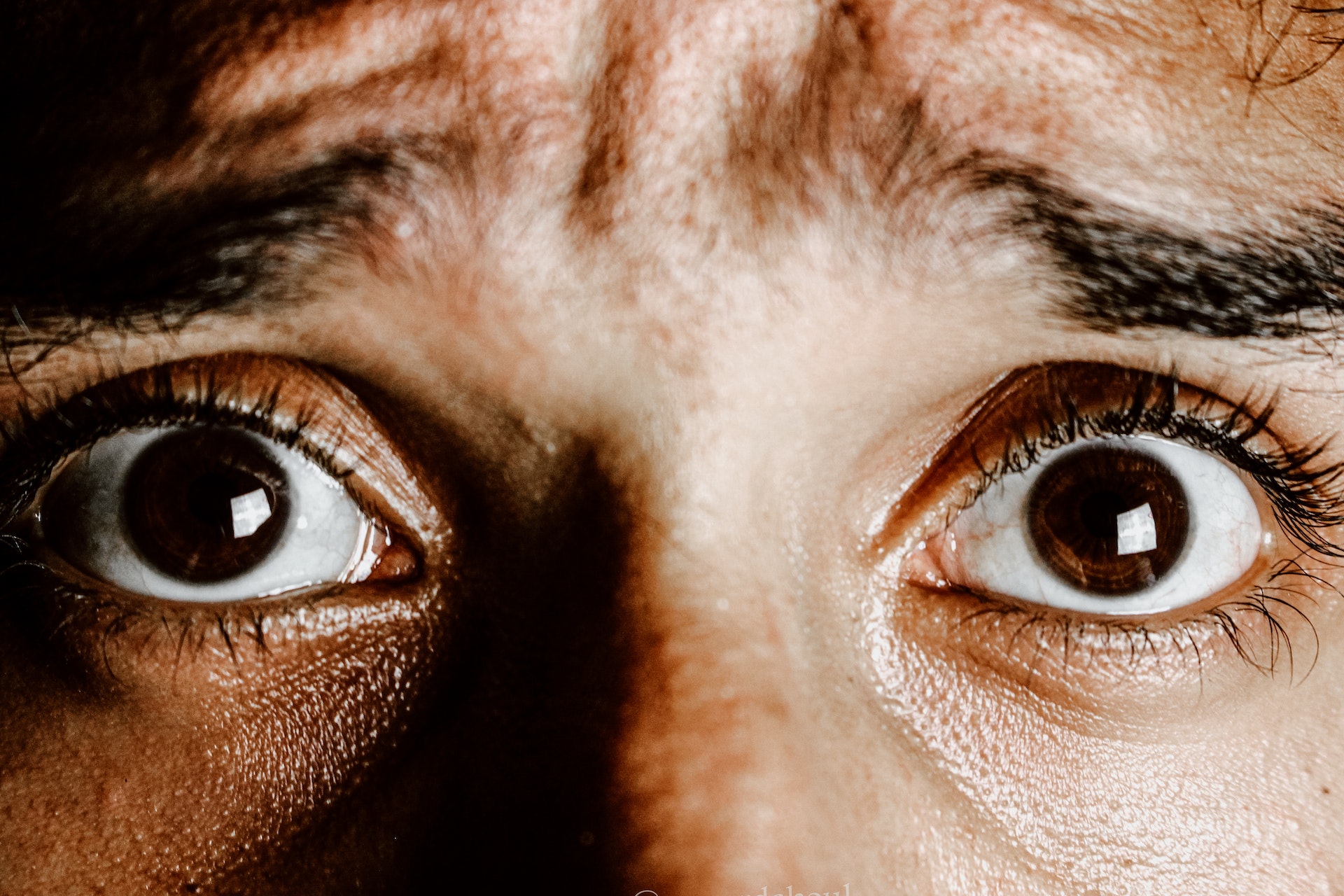 Well-crafted character fears are what make a novel devastating, exhilarating, or profoundly relatable.

Fear also happens to be one of my all-time favorite character development topics. (It may be number one, but I’m too scared to commit.)

I talk about fear a lot. I think about it even more. As far as I’m concerned, fear is an infinitely intriguing topic, whether I’m examining it as a writer or a human being.

Why am I so preoccupied with fear?

Because it’s a primal motivator that everybody experiences and nobody wants to admit to.

If that’s not a formula for relatability, conflict, self-discovery, and growth, I don’t know what is.

I could not be more excited to help you tap into this potent storytelling device. I’m going to lay it all out for you. You’ll learn the different types of character fears and how to work fear into every part of your story.

At the end, you’ll also find a list of 60 character fears to inspire a great character arc.

But first things first. Let’s clarify what we’re talking about when we talk about character fears.

The Fear of the Ghost

Your character can have multiple fears, but there will likely be one central fear that motivates their decisions throughout the story. This is the fear that stems from the Ghost.

The Ghost is the traumatic past event that has shaped the way your character navigates life. They’ve designed a flawed philosophy—a “Lie”—to help themselves avoid similar pain in the future.

For example, a character who has been left at the altar (the Ghost) might decide that love is a myth (the Lie) and swear off commitment.

Some writers prefer the term “Wound” over “Ghost.” I like “Ghost” because it’s actively scary. It’s a creeping, wailing, chain-rattling thing that slams cabinet doors when it thinks its hauntee is getting too comfortable.

A wound might ache or sting or throb, but a ghost haunts. It’s coming for you and it will find you.

But call it whatever you want.

When you’re able to pinpoint the fear that lies at the heart of your character’s Lie, you discover their motivation. You also begin to see how to heighten the stakes for your character, create impossible dilemmas for them, and design their antagonists.

But we’ll get to all that in a minute. First, let’s talk about the other kind of character fears.

Fear as a Character Quirk

Everybody knows Indiana Jones is terrified of snakes.

It’s a delightfully executed character quirk. This adventure hero who keeps a cool head in the face of Nazis and runaway boulders suffers from the most run-of-the-mill phobia there is.

We learn about his fear early and it pays off when he manages to find himself in a vault with an absolutely absurd number of snakes.

But while this fear is entertaining to us and heightens a moment of conflict, it’s not a motivating force in the story. His ophidiophobia is not the underlying force in every scene of conflict.

You can give your character a fear like this if you want. Just be aware that there’s a difference between a character-quirk fear and the deeper fear that determines your character’s entire approach to life.

It’s the deeper fear that helps you do things like this:

Our fears get us into a lot of trouble, and our troubles add weight to our fears. The same should be true for your characters.

Let’s say your protagonist is that person who was left at the altar and has now sworn off love forever. Then they meet someone and catch feelings. That’s terrifying because not falling in love is how they protect themselves.

Bam. Internal conflict. So what do they do?

Well, it’s early in act two, so they cling to the Lie. “Love is a lie.” They decide to avoid their accidental crush.

But because you’re a sadistic author (as one must be), you put these two characters on a work assignment that requires them to travel to Hawaii together. This creates an even greater fear response from your protagonist, which will inevitably lead to bad decisions and external conflict.

If you’re writing a positive character arc, your character will eventually learn how to live by the Truth and not by the Lie.

Let’s go back to your jilted protagonist. This person was left at the altar. Your character’s Truth will never be that love is safe. They know better.

So they have to choose a less comforting Truth that love may be risky but the risk is worth it.

Now, you could also write a character who faces their fear only to learn that their personal bogeyman was never real. In The Lion King, Simba tries to escape his own shame only to learn in the end that he had nothing to be ashamed of.

Either way—whether your character dreads a real threat or just a menacing shadow—your character must choose courage over fear before they know the validity of their phobia. That’s what makes for a satisfying arc.

Character fears are most compelling when they’re convincing. Your reader must understand:

Let’s take these one at a time.

Personality profiles like enneagrams and character archetypes are a great place to start. These templates will help you identify the fears that a character like yours is likely to struggle with.

If you’ve already chosen a Ghost for your character, you can also do a little psychology research. Learn how an experience like theirs would turn into a lifelong fear.

Of course, the real heavy lifting of justifying character fears comes when you actually write your novel. Use “show, don’t tell” techniques to help your readers feel the pain your character felt, even if you’re explaining the Ghost in exposition.

There are a lot of different ways your character might respond to feelings of fear. For example, they could:

Creating a fear response that is believable to the reader begins with examining this character’s relationship with fear.

What do they believe fear says about them? Do they think anyone else would understand their fear? Are they capable of seeing their fear for what it is? Or would they say it’s not fear, it’s logic?

Support your answers with your character’s upbringing, value system, and societal influences. Then make sure every conflict-driving, fear-motivated decision they make aligns with their typical fear response.

You’ve convinced your reader that your character’s fears are insurmountable. Good job. Now you just have to get your character to believably surmount them.

The two key tactics here are:

‍Gradually chip away at character fears. Give the terrified soul you’re writing about a few glimpses of the Truth.

Maybe your jilted protagonist witnesses a genuinely loving moment between an old married couple. Maybe the love interest makes a big sacrifice for the sake of your protagonist. Put a few cracks in your character’s protective walls. Let a little light in.

‍Give them a “courage or death” decision before the climax. It doesn’t have to be literal death. It just has to be clear that if they don’t face their fear, they’ll lose something precious and irreplaceable.

You may need to build up to this moment to make it work. If your jilted protagonist suddenly can’t bear to live without the love interest, show your reader why before you get to the “courage or death” moment.

The protagonist doesn’t have to see it yet. But your reader does.

So do you build the story to serve the fear? Choose the fear to fit the story?

Do whatever you want!

If you want to tell a story about a soldier who returns to civilian life still haunted by memories of war, start with the Ghost. Use that as your jumping off point to explore potential fears, Lies, and conflicts.

If you have a vision of a sibling rivalry between a social media influencer and a seminary student, start there. Imagine what that conflict would look like. How could fear make the situation worse? Where would those fears come from?

The order in which you make decisions is not nearly as important as understanding how fear weaves into every aspect of your story.

And if you simply need help trying to think of fears, here are a few ideas.

These fears could work as core fears but often work best as character quirks that lead to complications in the plot.

Once you’ve named your character’s fear…

Dabble has loads of great resources to help you write compelling, three-dimensional characters.

Check out the many articles on character development in DabbleU.

Download the free ebook, Let’s Write a Book, to learn how to weave character and conflict together.

And keep yourself organized with all the great features in the Dabble writing tool. I personally love using Story Notes to create character profiles and labels to track my characters’ emotional arcs in the Plot Grid.

If you’re not a Dabble user already, you can get access to all the Premium features for free for fourteen days. You don’t even have to enter a credit card. Just click this link to get started.