New features out now! See our roadmap and request a feature
Home
>
DabbleU
>
Theme
>
>
Seriously, How Do You Write a Theme for a Novel?

Seriously, How Do You Write a Theme for a Novel? 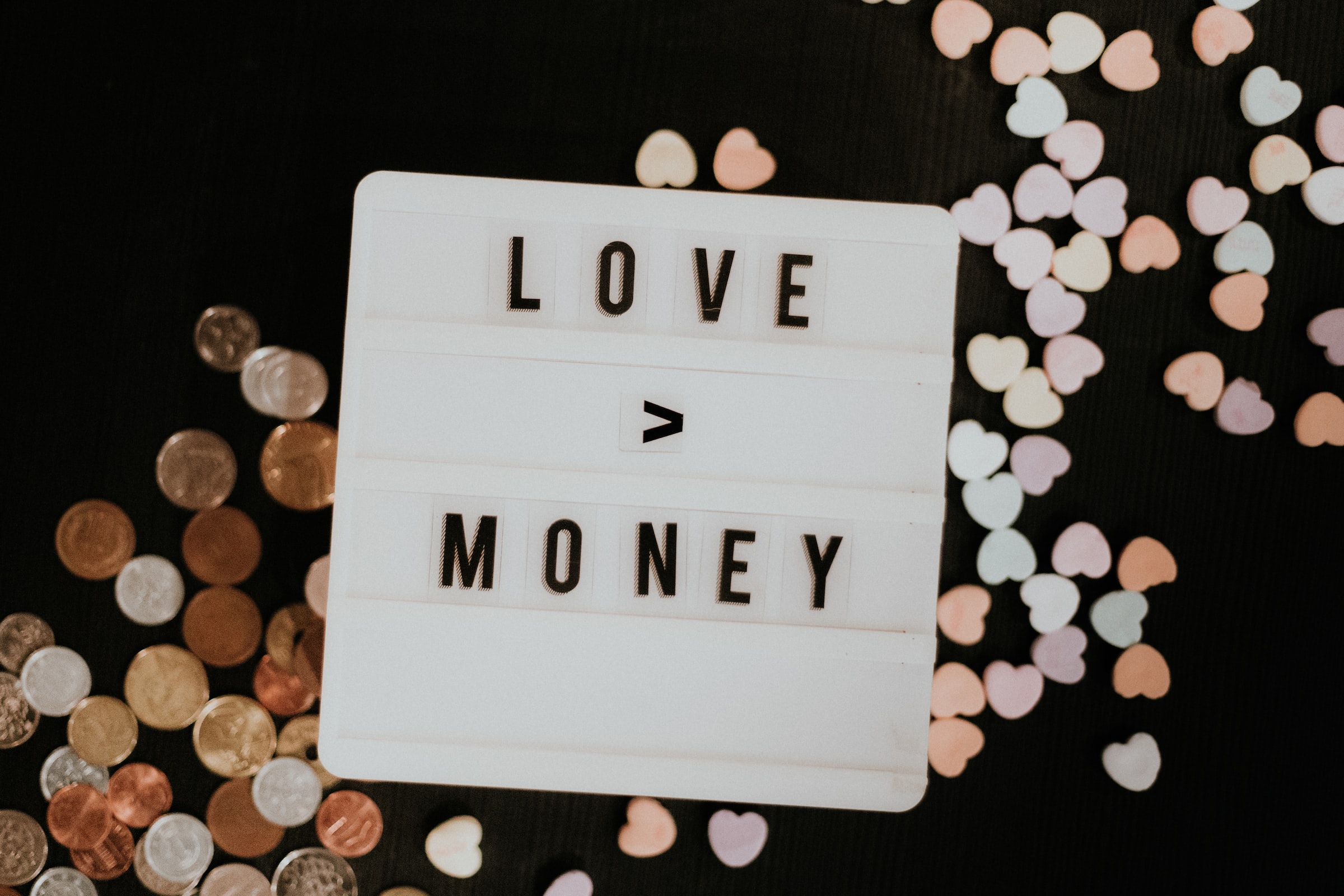 How do you write a theme?

More importantly, can you just not do it? Is that an option?

No. But I get it. Theme is tricky. Not only is the concept itself abstract—you’re not even allowed to state your theme outright! You gotta dance around it and drop hints, like a Midwesterner trying to get past someone who’s in their way.

Fortunately, I was born and raised in Missouri and am quite good at the “say it without saying it” routine. I also love talking about theme, and I’m about to explain everything you need to know about selecting and writing your novel’s theme.

But first, let’s clarify what a theme is and why you cannot skip this part of the noveling process.

What is a Theme?

What is your novel trying to say?

Whatever the answer is, that’s your theme.

You should be able to write a theme in a single sentence that states a universal truth (according to you). Something like:

A novel can have multiple themes. The Harry Potter series has loads of them, but I would argue that the central theme is:

‍Love is our greatest power.

What makes me think this is a theme? Well, Harry is constantly finding power through his community, he’s literally protected by his mother’s love, and… what was that other hint?

Oh, right. Dumbledore is constantly flapping his gums about how love gives Harry an edge over Voldemort. Which it does.

Now, that’s all well and good. But do you really need a theme?

The theme is where your readers find meaning in your story. It’s how they draw connections between your character’s journey and their own experiences. Theme is the reason so many Millennials have “Always” and “Until the very end” tattoos.

So how do you harness this power? How do you write a theme?

First you have to choose a theme.

What do you want to say with your novel?

If you’re not sure, this article on common themes can provide some helpful inspiration. Or you can try one of these two methods:

Ask Your Story What It Wants to Say

If you’ve already started developing your plot and characters, odds are good there’s an accidental theme hidden within your vision.

Take a look at what you’ve already built and ask yourself:

You can also look back on all the ideas you discarded while planning your novel. Even if you chose not to use them, do you notice a pattern? Did it seem like something within you was trying to tell a story about an underdog? Why is that? What are you trying to say?

If you haven’t started developing your story yet…

Ask Yourself What Matters

Close the door, turn off notifications, and make a list of things you believe. What do you wish you could make everyone else understand?

Now, if you intend to write in a specific genre, focus this brainstorming session around concepts that are important to your readers.

If you write romance, ask yourself what you believe about love. If you’re a fantasy writer, you might think about themes regarding power or adventure.

Once you have your list, see what stories these ideas spark.

If nothing comes to mind, try disproving your theme.

What would have to happen to you in order for you to accept the opposite belief? Give that experience to a character. Make it their Ghost. Then figure out what type of conflict would challenge them to see the world the way you see it.

Experiment with different ideas until you stumble upon a theme you’re excited to write. Once you’re committed to a theme, you’re ready to think about techniques for working it into your novel.

How Do You Write a Theme Without Being Too on the Nose?

In case it needs to be said, you should not open your book with the line, “In this novel, I will demonstrate…”

While we human folk crave stories that mean something, we don’t like theme shoved in our faces. Feels too preachy.

So how do you write a theme, then?

You turn to that old chestnut: “Show, don’t tell.”

Ideally, multiple character arcs will serve your theme, but your theme must be reflected in your protagonist’s journey. To explore what that means exactly, let’s look at the movie Up.

Up’s theme is this:

‍Life itself is the ultimate adventure.

So how do we see this in the arc of the protagonist, Carl?

Once a boy who dreamed of being an explorer, Carl is now a cantankerous old man who has isolated himself from the world after the death of his wife. (Her death is his Ghost.)

He believes that without his wife, Ellie, the world has nothing to offer him. (This would be categorized as the Lie in a character development worksheet.)

But the events that unfold when he and his balloon-strung house go to Paradise Falls reveal that adventure is still available to him. He only needs to open up to the world and new relationships. In the end, he looks back appreciatively on the everyday adventures he shared with Ellie and actively pursues new adventures with Russell.

In contrast, we have Carl’s antagonist, Charles Muntz. This “true” adventurer has become obsessed with exploration to the point of paranoia and violence. He lives for himself alone, and it appears to be a miserable existence.

You may recall from middle school English class that a symbol is something (usually a material object) that represents an idea.

There are a ton of symbols in Up, but the most famous is Carl and Ellie’s house. By the time Carl is a grumpy widower, the house has come to represent his wife. And as you might notice when watching the movie:

Then, when his arc is complete and he realizes he still has more adventures ahead, he lets go.

Put It in Dialogue

If you’ve seen Up, you might remember that scene where Russell is talking about how he used to love sitting on the curb with his dad, naming the colors of the cars that drove by. Then he says it.

“You might think that’s boring, but I think the boring stuff is the stuff I remember the most.”

It’s not a direct statement of the theme. But it’s the same basic idea delivered in Russell’s voice and according to Russell’s experience. And the movie gets there without Carl ever saying, “I don’t know, Russell, what do you think the ultimate adventure is?”

When you start looking for statements of theme in the books and movies you consume, you’ll start seeing them constantly.

The best friend in a romance says, “You wouldn’t have to change yourself for him if he really loved you.”

The detective’s British granny says, “You mustn’t assume people are what they seem.”

Supreme narcissist Ferris Bueller says, “Life moves pretty fast. If you don’t stop and look around once in a while, you could miss it.”

(Side note: It’s rarely the protagonist who states the theme. Unless it’s Ferris Bueller, because everything’s gotta be about Ferris.)

It can also be fun to use dialogue to hint at the theme. In Up, Muntz’s catchphrase, “Adventure is out there,” is repeated a lot. By the end of the story, the phrase takes on a new meaning—one that is, in fact, a statement of theme.

When in Doubt, Just Write

If the system above doesn’t work for you, just write.

I personally like to start with a theme in mind, but it’s not unusual for the theme to evolve as I put words to the page. Even for plotters, writing is an act of discovery. Sometimes we don’t truly know what we’re saying until we’ve said it.

So go ahead and write. As you start to feel meaning emerge, use these tips to define your theme more clearly and tease it out more.

Also worth noting: Dabble can help you keep track of those aha moments without interrupting your flow. The secret is stickies and comments.

Try it for yourself for free for fourteen days by following this link. This free trial gives you full access to all Dabble’s Premium Features—no credit card necessary.

‍This is the second article in our four-part masterclass on Theme. Learn more about thematic ideas in our third article.