New features out now! See our roadmap and request a feature
Home
>
DabbleU
>
Character
>
>
30 Good Villain Motivations (And Why You Really Need One)

30 Good Villain Motivations (And Why You Really Need One) 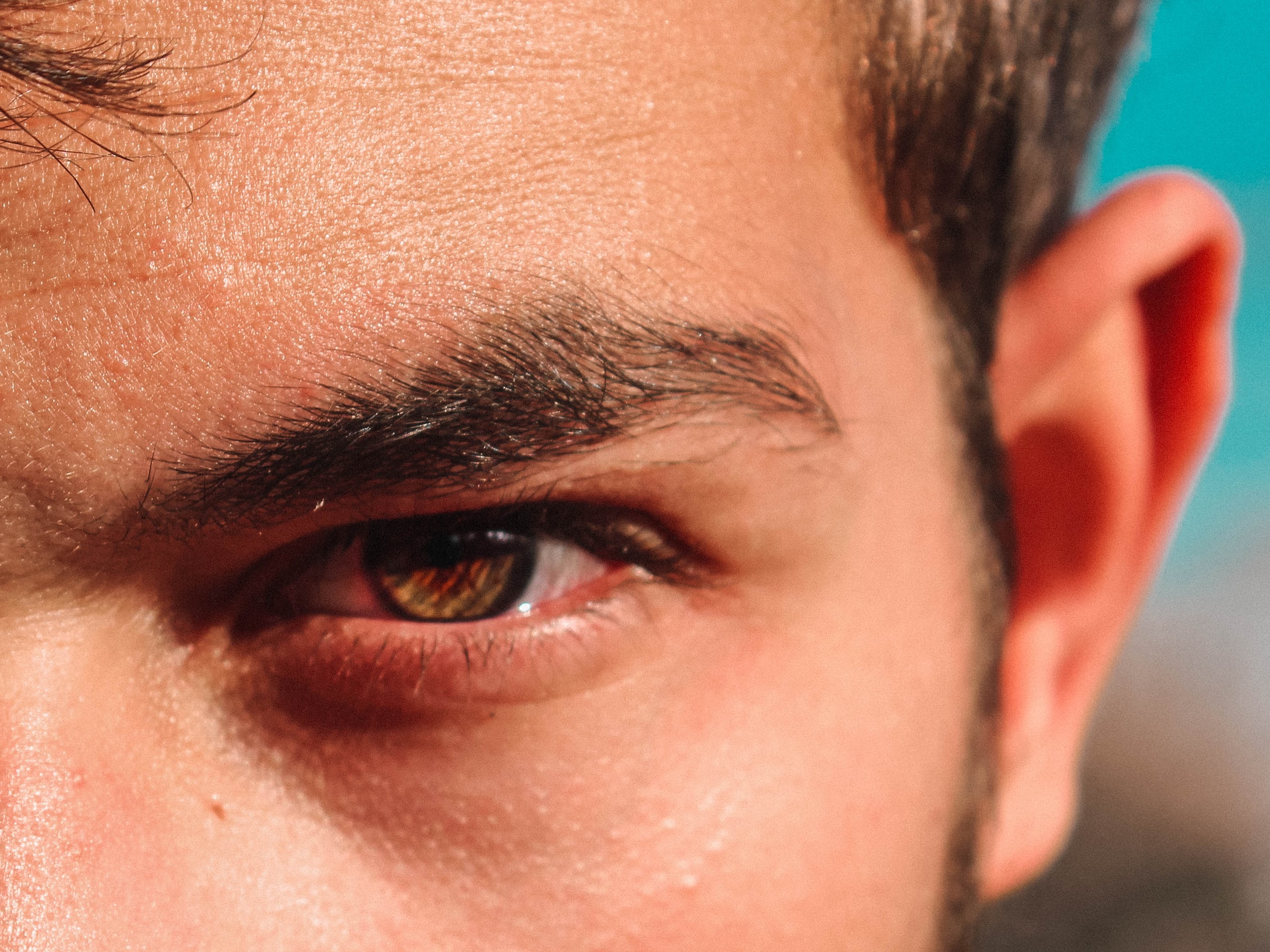 Lookin’ for some good villain motivations?

Glad to hear it. Because I’ll tell you this:

Villains who are jerks just to be jerks are boring. They’re also missed opportunities.

See, good villain motivations highlight the theme of your novel. They humanize the foe in delightfully unsettling ways and add tension to the conflict. I mean, what’s scarier than someone who has a really compelling reason to follow through on their wicked plans?

So how do you give your villain a motive that keeps your readers on the edge of their seats?

The answer is simpler than you might expect. I’m about to walk you through the formula for good villain motivations. I’ll explain why motivation matters, five key standards for this aspect of your character, and 30 ideas you can use to craft your own engaging evil-doer.

Good. Let’s get to work.

What is Motivation, Anyway?

Before we can get into the matter of good villain motivations, we need to clear something up.

A motivation is not the same thing as a goal.

A goal is what your character wants to accomplish. Their motivation is the reason that goal is important to them in the first place.

A lot of beginning writers give their baddies dastardly objectives without any reason for those goals. They simply ask themselves what villainous intention would create the biggest problem for their protagonist (a great question!) and… you know… do that.

And why does it matter? Why is motivation so important?

Motivation heightens tension. It doesn’t just tell your reader what the villain wants; it tells them how badly they want it. Or how compelled they are to pursue it, whether they’re compelled by past trauma or demonic possession.

Think about it this way: would you be more worried about the guy who threatens to get you fired just because he’s mean…

…or the guy who threatens to get you fired because you were chosen for the promotion he needed to save his marriage?

When you give your villain an excellent reason to want what they want, they become more powerful and much scarier.

What Counts as a Good Villain Motivation?

Now, it’s not enough to slap any ol’ motivation on your villain and call it a day. There’s an art to finding the reason behind your character’s evil-doings.

Your reader should have no trouble understanding how your villain’s motivation results in their goal and subsequent actions.

Lord Voldemort is a great example. This guy’s very existence was a direct result of magical manipulation. He was born into a dark world under dark circumstances and grew up in a loveless environment.

It’s not difficult to understand how Tom Riddle became the Dark Lord, motivated by power and hatred.

But these are complicated, abstract ideas we learn gradually over the course of seven books. One thing is simple and clear from the very beginning.

Voldemort wants to kill Harry Potter because of a prophecy claiming that Voldemort and Harry cannot coexist. Someone’s going to kill somebody. Ol’ Voldy’s goal is to do the killing because he’s motivated by a desire to survive.

The Harry Potter books eventually introduce the more complicated psychological motivations that led Riddle to become the actual worst. But from the very beginning, the reader clearly sees how the stakes are just as high for the villain as they are for the protagonist.

The most chilling villain motivations are the ones that make us say, “Well, when you put it like that…”

Easily one of my all-time favorite villains, this guy’s extreme murder-habit is motivated by a powerful sense of justice. He witnessed violence and oppression in his childhood—to the extent that it kind of makes sense that he thinks going kill-crazy is the best way to protect the disenfranchised.

I’m not saying his philosophy is convincing enough to convert the audience. But it does continue to resonate with heroes and villains alike in Wakanda Forever even after Killmonger is dead.

If your villain’s motivation is so compelling it threatens the moral fiber of your heroes, you’ve done good work.

3. It’s Connected to a Value System

Most villains don’t consider themselves villains. They may be aware that the world defines them in that way, but they operate according to their own moral code and their own system of values.

Good villain motivations cast a light of righteousness over the villain’s deeds. At least they do in the eyes of the villain.

Take Miranda Priestly from The Devil Wears Prada for example. Miranda is a hypercritical, commanding boss whose management style could fairly be categorized as abusive.

But Miranda wouldn’t necessarily say that’s a bad thing. After all, she’s not here to serve her employees; she’s here to serve fashion. With a deep passion for her work and a reverence for the industry, Miranda will gladly be seen as “mean” if it gets the job done.

Sociopaths can be fun. That is, fun to read and write, not necessarily fun at brunch.

Even so, the most interesting villains tend to be the ones that feel feelings just like the rest of us. I’d even go so far as to say that good old-fashioned human vulnerability is at the heart of most villain motivations.

Lost love. Childhood abandonment. Fear of failure. Fear of death. Being reminded of our delicate souls and inescapable mortality can set us all a little on edge. Villains just take it a few steps further.

Maleficent (the Angelina Jolie version) is a great example of this. She used to be a noble fairy—an open-hearted guardian of the forest. Then her childhood best friend gets all power-hungry and takes up a challenge to kill her in exchange for the crown.

He drugs her and cuts off her wings, an act of personal betrayal and maddening violation that would harden anyone’s heart. It’s no wonder she’s out to get revenge and regain some sense of power.

Now, is it possible to write a fascinating villain who’s just bad because they’re bad?

Sure. But they still need a clear motivation to guide the specific actions they take. And that motivation should contribute to one of your novel’s key themes.

In The Lord of the Rings, Gollum’s wickedness is motivated by a spirit of greed and paranoia that he comes by magically. The Ring pulls him into obsession. Everything he does, he does for the Ring.

Now, this would feel like a villain motivation cop-out if it weren’t for the fact that this unhealthy Ring/hobbit relationship puts a bug-eyed, snarling face on one of the story’s heaviest themes:

We all have a seed of darkness within us that will grow if we feed it.

Professor Delores Umbridge plays a similar role in the Harry Potter series. Her backstory is nothing but a lifelong journey of power-hungry ambition. She despises the weak and unfamiliar. She’ll align herself with anyone who has the power to raise her status.

There is no backstory here. No hidden vulnerability or twistedly logical value system. She’s just evil. So evil that most readers hate her more than Voldemort.

My guess is it’s because of the way Umbridge feeds the book’s most rage-inspiring themes.

Sure, Voldemort and the Death Eaters are also the embodiment of prejudice and self-interest. But they live like villains. They meet in dark locations that have strong villain vibes.

But Umbridge? This beast of a woman who’s motivated by power, willful ignorance, and an active fear of anyone who’s not like her?

She’s in a school, deciding what children are allowed to know and say and think. That makes the book’s themes feel real and familiar in a way that a cloaked villain in a lair cannot.

As you create the Why behind your villains dastardly doings, I recommend really getting to know what drives characters to make the choices they make.

Start with these articles:

It may also help to take a closer look at your baddie’s character archetype. Understanding their archetype can spark ideas for good villain motivations. These archetypes are particularly ripe for villainy:

But don’t feel limited to those archetypes alone.

Develop Your Villain With Dabble

Now that your brain is bursting with brilliant ideas, organize them with Dabble.

Use Story Notes to keep your character profiles close at hand while you draft your novel. Try the Plot Grid for outlining your story and your villain’s arc side by side. And use Goal Setting, Comments, Co-Authoring, and more to stay motivated from plotting to drafting to revising.

If you don’t already use Dabble, you can try all these features and more for free for fourteen days. Just sign up here (no credit card required!) and have a wicked good time.